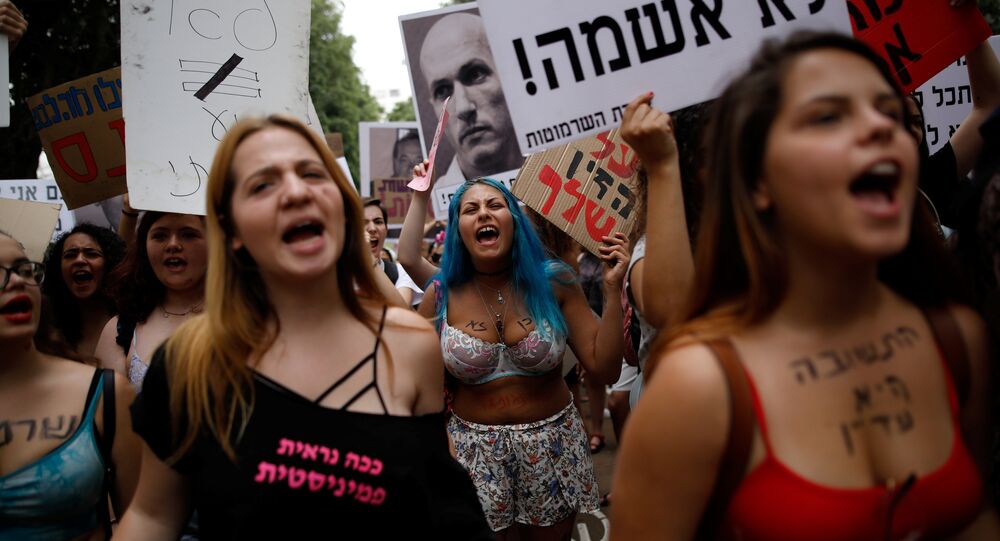 'Witches You Could Not Burn': 5,000 Israelis March in Tel Aviv's 'SlutWalk'

Female Israeli protesters carried banners and posters with various slogans, showing the faces of those condemned or suspected of sexual harassment.

About 5,000 people have marched in the annual "Sharmutot" or the SlutWalk march in Tel Aviv to protest sexual violence. The Arabic word "sharmutah" is an offensive and humiliating term used against women.

"We are the granddaughters of the witches you could not burn," the protestors' posters said. Other banners read, "The culture of rape begins in the corridors of the government," and "No is No."

Israel, Tomorrow they will mark the march of sluts in Tel Aviv. Please note — this is a march, not a parade, because a parade symbolizes something happy, while a march represents protest. And the sluts really do. They are angry. They are sick of women being harassed, rape. pic.twitter.com/DAaqE6skfA

The march which began at Rabin Square, in the presence of police, and ended in a rally on Rothschild Boulevard, has taken place in Israel for the seventh time.

SlutWalk rallies started in Toronto in 2011 in response to a regional policeman who noted that in order to avoid being raped, women should not "dress like sluts." It turned into a widespread international movement against placing the blame on rape victims.