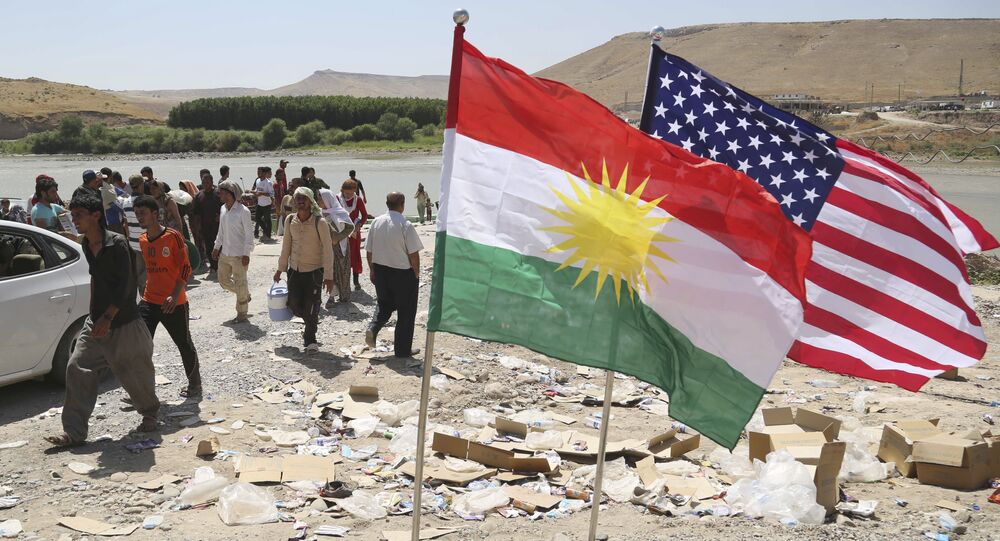 As of now, the United States rents buildings from local residents and business owners in Erbil's district of Ainkawa to house its consulate, which opened in February 2007 and was upgraded to a consulate general in 2011, the Rudaw news agency reported.

"The new consulate building demonstrates that the United States will stand with the people of the Iraqi Kurdistan Region, as they build a future that will be brighter than the past," Silliman said at the ceremony, as quoted by the media outlet.

Barzani, in turn, thanked Silliman and congratulated him on the decision to start construction.

"We see it as a significant and valuable step, and hope that it will be finished successfully at its schedule time," he said.

Hoping new #US consulate complex construction in #Erbil will turn into the country’s embassy in erbil, #kurdistan in near future. pic.twitter.com/Br226ieBDE

​Barzani also stressed that the development of relations between the United States and the Kurdistan Region lay "in the framework of the diplomatic relations it has with Iraqi federal government."