The Russian and Chinese foreign ministers have held a joint press conference after talks in Beijing, which were dedicated to the situation on the Korean peninsula in the wake of North Korea's decision to halt nuclear and missile tests, as well as the situation in Syria.

Russian Foreign Minister Sergei Lavrov has lashed out at the missile strikes carried out by the US, France and the UK on Syria, saying that they were aimed at hindering the Organisation for the Prohibition of Chemical Weapons (OPCW) investigation into the alleged use of poisonous substances in Douma, Eastern Ghouta.

"Both sides gave an extremely negative assessment of the missile attack of the United States and its allies on the territory of the Syrian Arab Republic. This is a gross violation of international law," Lavrov said at a press conference following a meeting with his Chinese counterpart, Wang Yi.

"Even those countries that have been compelled to say words of support… which the United States, Great Britain and France have undertaken, were forced to it. Most of them perfectly understand that this is an unacceptable way to solve the most serious international crises," Lavrov added.

Western missile strikes on Syria, triggered by the alleged chemical weapons attack in the Syrian town of Douma, were a "provocation" that came just at the time when the Syrian constitutional process was about to start, Lavrov said Monday.

The UN Security Council resolution 2254 demands that all parties immediately stop any attacks against civilian targets and it urges all Member States to support efforts to achieve a ceasefire.

"We are against any use of chemical weapons, and think that an objective impartial investigation of what happened [in Douma] is needed," the minister added.

OPCW inspectors have so far not visited the location of the alleged chemical attack in Douma, nor the freed chemical laboratories of militants, said Russian Foreign Minister Sergei Lavrov. 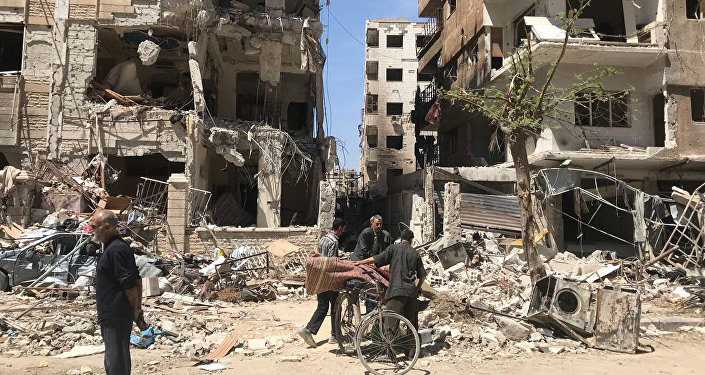 © AP Photo / Hassan Ammar
All Conditions Created for OPCW to Work Normally in Douma, Russian Envoy Says
The OPCW inspectors should do their work in the Syrian city of Douma without external pressure; Russia will insist that they visit every location concerning the alleged chemical attack in Syria, Sergei Lavrov said.

Earlier, reports have emerged about an alleged chemical weapons attack in Syria, published by Syrian opposition online news portals on April 7, claiming that a chemical attack took place in Syria in the city of Douma near Damascus.

Syrian government has rejected all the allegations, noting that all chemical stockpiles were destroyed, which was confirmed by the OPCW.

"We are against revising these agreements, we consider it very counter productive to try to reduce to zero years of international work carried out via talks between the six major powers and Iran," Lavrov stressed. 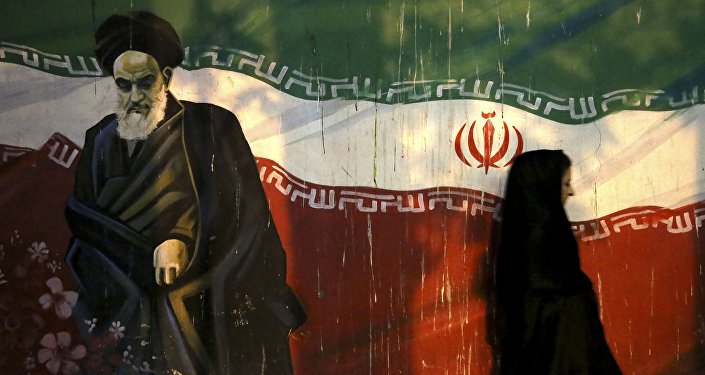 © AP Photo / Ebrahim Noroozi
US Working With European Partners to 'Fix' Iran Nuclear Deal - State Dept.
"We will obstruct attempts to sabotage these agreements which were enshrined in a UN Security Council resolution," Lavrov added.

The relations between Iran and the US have worsened since Donald Trump came to power, particularly due to the US president's criticism of the JCPOA. The multilateral agreement envisages gradual lifting of the western anti-Iran sanctions in exchange for Tehran abandoning its nuclear weapons program.

On January 30, Trump asked the Congress to address the flaws in the "terrible Iran nuclear deal," after in late October, the US president refused to re-certify the nuclear deal, accusing Tehran of violating the agreement.