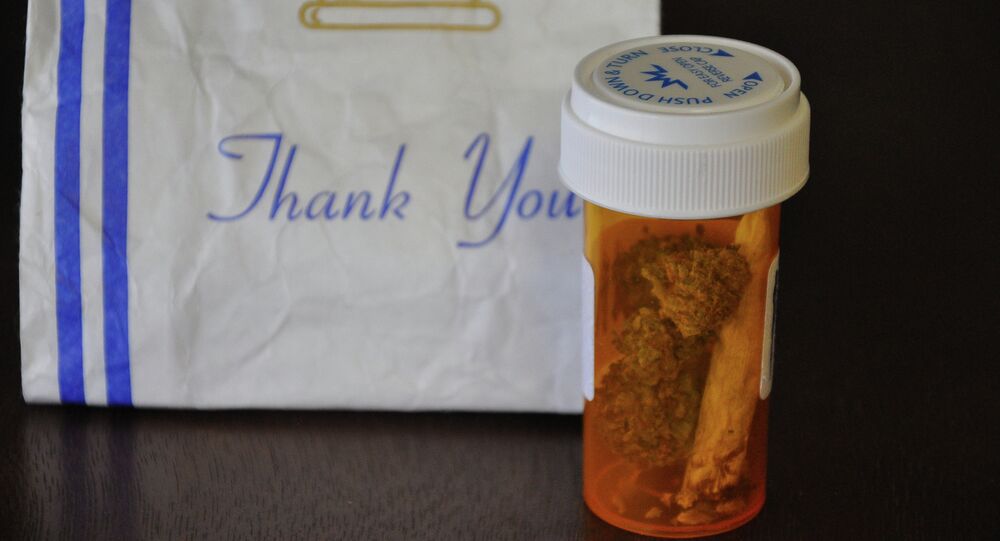 Three Israeli ministries, namely the Finance, the Health and the Interior, have reached an agreement that moves the country one step closer to permitting medical marijuana exports, The Jerusalem Post reported Wednesday.

The agreement provides the Israeli police with the necessary resources to monitor medical marijuana exports so that it doesn't fall into the hands of criminals. According to the deal, up to 50 cannabis farms will be monitored by 25 officers.

© CC0
Cannabis Cul-de-Sac: Medicinal Marijuana Off to a Bad Start in Denmark
The agreement comes nearly a year after the Israeli government decriminalized the use of marijuana, imposing a $270 fine for those, who are caught taking marijuana for the first time, while only the fourth use of the drug can lead to a criminal lawsuit.

At the same time, according to a poll, conducted the same year, some 27 percent of Israelis between the ages of 18 and 65 had consumed cannabis in the last year, making Israel the country with the highest rates of annual cannabis usage in the world.