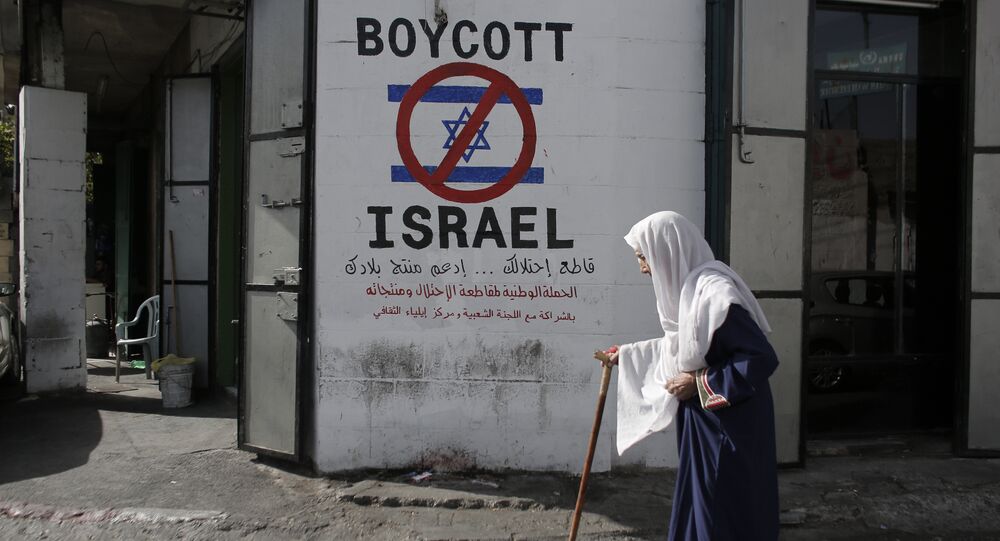 Israel announced Tuesday that it had barred the mayor of Dublin, Ireland, from entering the country over Dublin’s vote to endorse the Boycott, Divestment and Sanctions (BDS) Movement, which calls for international pressure on Israel. The only problem? Dublin Lord Mayor Mícheál Mac Donncha was at the time tweeting calmly from Ramallah.

Though the Interior and Strategic Affairs ministries both announced Tuesday that he'd been barred from the Middle Eastern nation, Dublin Lord Mayor Mícheál Mac Donncha tweeted shortly after, "I can confirm I am in Ramallah and preparing for tomorrow's conference." When questioned by a reporter whether he had entered into the city by way of Jordan, the mayor responded "No. Tel Aviv."

A reporter for Haaretz said that Israeli officials admitted there had been a "mistake" at the border.

Dublin's city council motioned on Monday to endorse BDS, which calls for boycotts and other actions against Israel to pressure the nation into abiding by international law in its dealings with Palestinians. "Since its violent establishment in 1948 through the ethnic cleansing of more than half of the indigenous people of Palestine, the state of Israel has denied Palestinians their fundamental rights and has refused to comply with international law," the motion reads.

Israel's anti-BDS travel ban law requires the Interior Ministry to bar entry into the country from foreign nationals who have "knowingly issued a public call to boycott the state of Israel," "pledged to participate in said boycott" or have supported groups that have done so. The ban made headlines in January when it barred 20 non-profit organizations from entering the country, Sputnik reported.

Early reports indicate that a mistake was made by Israeli authorities in letting the mayor into the country. While the Mayor's ban was done on short notice, some on social media are calling the incident indicative of the "arbitrary" nature of the country's March 2017 anti-BDS travel ban.

"The policy I set is clear: He who works consistently to boycott Israel will not enter here," said Israeli Strategic Affairs Minister Gilad Erdan.

"Rumours of my refusal are untrue. I'm in the hotel in Ramallah preparing for the conference. I came through Frankfurt and into Tel Aviv with no issues," Donncha told Irish media.

Israel's Strategic Affairs Ministry, responsible for combatting delegitimization of the Israeli state, said Donncha is tied to the Ireland Palestine Solidarity Committee and expressed their ideas in the city council and has publicly expressed support for the group itself.

Israeli and Irish officials have had a number of spats over the years over the island's outsized involvement in Palestinian solidarity campaigns.

Israel Arrests BDS Activist; Why the Death Penalty Does Not Work