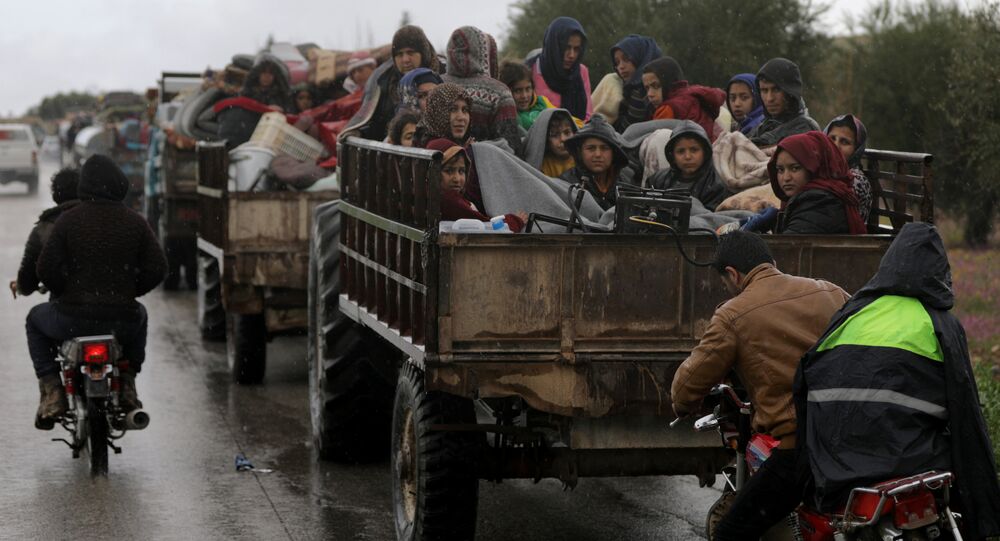 Chairman of the Syrian Kurdish National Council (ENKS) and member of the National Coalition for Syrian Revolution and Opposition Forces Fuad Eliko told Sputnik that civilians have begun to return to Afrin.

“Over the last few days about 100 thousand people have returned to their homes in Afrin and the surrounding countryside. Another 200 thousand people have not yet come back. We are making efforts to bring them back. The Afrin Civil Council is continuing to work in the city. It is developing the city government in Afrin.

© REUTERS / Khalil Ashawi
We Will Not Allow Strangers to Be Stationed in Afrin – Kurdish Official
Security in the city will be provided by police, made up of local Afrin residents, while soldiers of the Free Syrian Army (FSA) will be located only outside the city in the surrounding countryside.

In general, the situation in Afrin is gradually improving; after 200 plundering FSA soldiers were arrested, the number of the cases of looting by FSA soldiers has declined. The stolen goods were found and returned to their owners. Civilians have problems with electricity and water supply, but we are working to overcome these problems. Turkey is providing significant support in arranging city life; in particular, it plans to establish a new border post for the needs of Afrin – in the village of Hamam in the Jinderes district”, Eliko told Sputnik.

Kurdish Forces Driven from Afrin; What is American Policy?