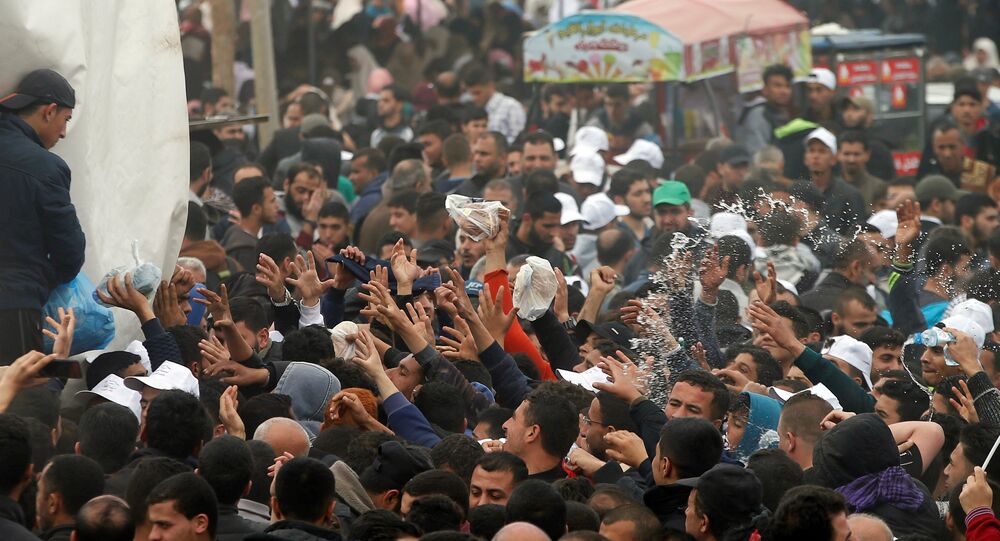 MOSCOW (Sputnik) - Turkey has condemned the disproportionate use of force by Israel against the protesting Palestinians in the Gaza Strip and expressed concerns over casualties, the Turkish Foreign Ministry said in a Friday statement.

Earlier in the day, a mass protest, which is expected to last for over a month, started along the Israeli border. During the event the protesters have already clashed with Israeli servicemen and reportedly 14 Palestinians were killed in the clashes.

"We strongly condemn the disproportionate use of force by Israel against the Palestinians who participated in the peaceful protests in Gaza today. We are deeply worried about the casualties and injuries resulting from the interventions of the Israeli security forces," the statement said.

© AP Photo / Tsafrir Abayov
'Israel Won't Allow Single Palestinian to Cross Border' - Reseacher on Gaza Violence
According to the statement, Turkey calls on Israel to stop the use of force and urges the international community to take steps in order to "make Israel abandon its aggressive stand."

The event dubbed "The Great Return March," which started earlier in the day is dedicated to the so-called Land Day that commemorates the day in 1976 when Israeli troops killed six Arabs protesting against confiscation of land. On May 15, the Palestinians will commemorate Nakba (disaster in Arabic), when hundreds of thousands of Palestinians were displaced after Israel announced its independence in 1948.