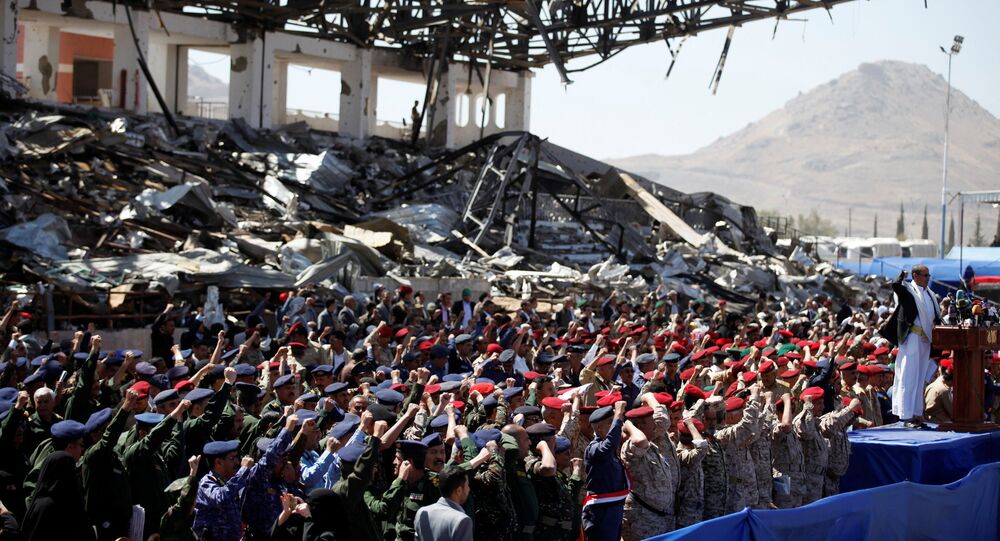 Yemen Through the Conflict: Three Years of the Mideast's 'Forgotten' War (VIDEO)

Hundreds of thousands Houthi supporters took to the streets of the Yemeni capital Sanaa for demonstrations, marking the third anniversary of the Yemeni war.

Three years ago, on March 26, 2015, Saudi Arabia and eight other Arab states joined the war that continues to ravage Yemen to this day, and has resulted in thousands dead, wounded and homeless. The UN has already announced that the humanitarian situation in the country is at worst. Sputnik has gathered the most striking video footage from over these years to show how Yemen people lived through them.

• The military conflict between Houthi and Yemeni President Abd Rabbuh Mansur Hadi began in 2014, when the former seized control of country's capital Sanaa over political disagreements.

• Since March 2015 Saudi Arabia and eight other Arab states have been supporting Hadi's forces.

• At the moment, Houthi forces control the country's north, including its capital Sanaa, while President Hadi's army — the southern part.

• According to UN estimates, some 10,000 Yemenis have been killed and 53,000 have been wounded since the Saudi-led coalition launched its operation.

• On November 6, 2017 Saudi Arabia imposed a blockade on Yemen, accusing Iran of supplying the Houthis with ballistic missiles. Iran denied all allegations.