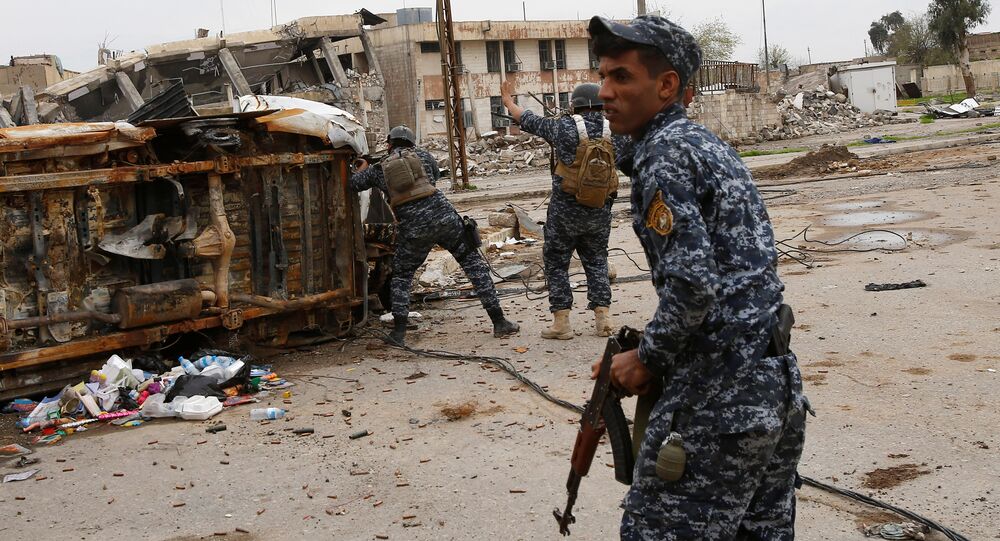 MOSCOW (Sputnik) - At least eight police officers were killed in an attack carried out by the Islamic State (IS, outlawed in Russia) terrorist group on a highway in Iraq, media reported.

The incident took place on the road between Baghdad and Kirkuk, the Turkish Anadolu news agency reported Saturday citing a local police officer.

According to the media outlet, police forces and pro-government Shia militias had been sent to the accident site after the attack.

© AP Photo / Felipe Dana
People Who Escaped Daesh Tell About Iraq 15 Years After US Invasion
Iraq has been suffering from the terrorist activities, such as suicide attacks, for years, and in 2014 vast territories of the Middle Eastern state were occupied by Daesh, which is infamous for recruiting youth, including via social networks. The Iraqi army has successfully fought back against Daesh since then.

This is not the first attack of Daesh militants on the highway between Baghdad and Kirkuk. On March 12, media reported that 10 civilians were killed by the jihadists.

*Islamic State terrorist organisation, also known as Daesh (in Arabic), IS, ISIL or ISIS. It is outlawed in Russia, the United States and many other countries.