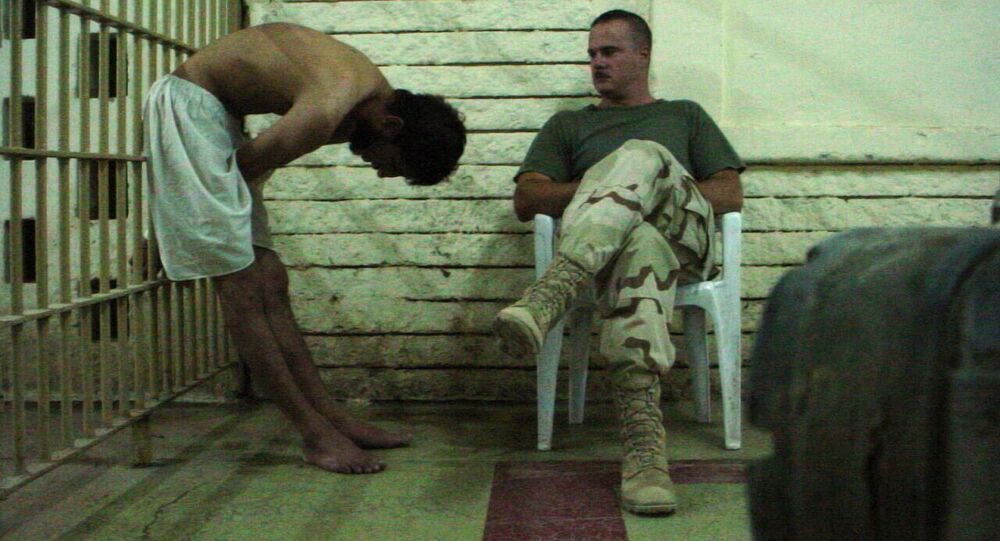 On the eve of the anniversary of the US invasion of Iraq, former inmates of the notorious Abu Ghraib prison sat down to share their stories of torture, abuse and humiliation. More than a decade after their release, many of the former prisoners continue to suffer psychological distress while recalling their detention.

Four former prisoners shared their stories with Ruptly, one of the men unable to hold back tears during the interview.

"I still cannot wash myself calmly; every time I remember the water torture," one ex-prisoner said. "I cannot sleep – I constantly see torture and hear screams," another noted.

© AP Photo / Yonhap/Jin Sung-chul
Trump's Attack on Bush Over Iraq Invasion 'Offers Hints About His Own Policy'
"They put me in a steel cage and set German shepherds on me; my hands were tied to the bars and the dogs tried to bite me," a third recalled.

"One elderly man felt sick and asked for help; an American soldier told him to get out, and then kicked him twice. The man fell to the floor and died," another ex-inmate remembered.

One of the prisoners described detention at Abu Ghraib as an attempt to "destroy us psychologically."

© AP Photo
Still from the mistreatment of Iraqi inmates at Abu Ghraib, which included sexual forms of torture and humiliation.

"After being freed, every time I met [American soldiers] in the street, I was afraid – afraid to return to the same place, remembered the torture," one of the men said.

Tuesday marks the 15th anniversary of the US invasion of Iraq. One of the former detainees recalled how his feelings about the invasion changed: "When the Americans came, we thought that they would free us from a criminal regime, but it turned out the other way around: they turned out to be killers, the world's number one criminals; there is nothing human within them."

© REUTERS / Mohamed Abdullah
Why US Continues to Bully Syria While Admitting It Has No Clue Who's Using Chemical Weapons
On March 20, 2003, US President George W. Bush announced the beginning of Operation Iraqi Freedom, aimed at overthrowing the Iraqi government, which Washington had accused of developing, stockpiling and planning to use weapons of mass destruction. The initial invasion proved successful, but soon prompted the beginning of the Iraq War, which led to the deaths of thousands of US and coalition troops, and up to one million Iraqi civilian casualties. The WMDs were never found. In the intervening years, the failure to rebuild Iraq's statehood helped to lead to the rise of the Islamic State (Daesh*), which spread across wide swathes of Iraq and Syria before being driven back over several more years of war.
Public Domain
Specialist Lynndie England abusing an inmate in Abu Ghraib. England was sentenced to three years in prison and dishonorably discharged from the Army.

Following the 2003 invasion, personnel from the US Army and the Central Intelligence Agency committed a series of horrific human rights violations, including torture, rape, and murder at the Abu Ghraib prison in Iraq. Evidence of the grisly crimes first became known in 2004; the Bush administration described the human rights violations as isolated incidents, an assertion challenged by human rights groups. Following a public outcry, the Defense Department dismissed 17 officers and soldiers from the prison, handing out demotions, dishonorable discharges, and in the case of two soldiers, three and ten year prison sentences. It has since been reported that most of Abu Ghraib's inmates were innocent of the crimes they were held for.

*A terrorist group illegal in Russia.