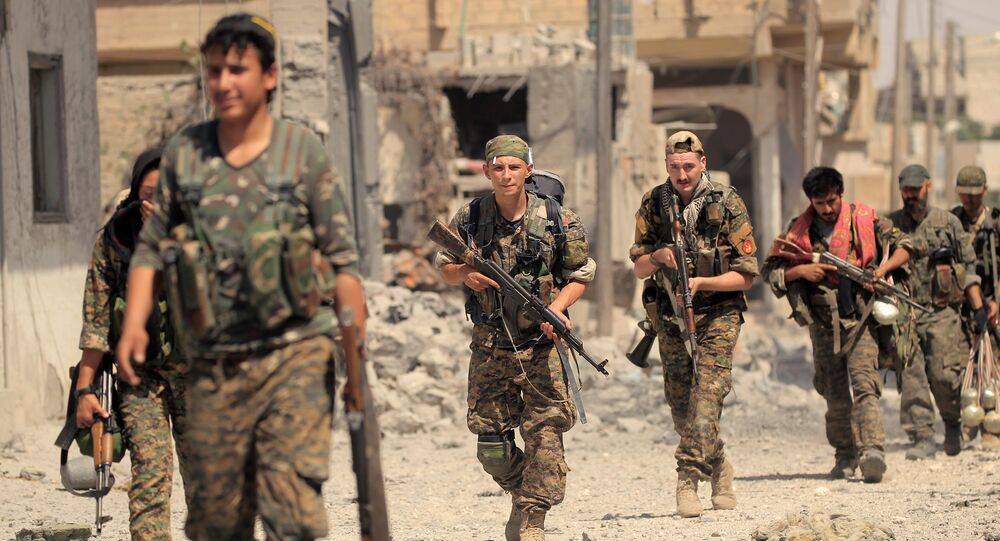 The US has voiced concern about the Arab-Kurdish units of its allied Syrian Democratic Forces (SDF) decision to put on hold their operation against Daesh in eastern Deir ez-Zor and send fighters to Afrin to help the Kurdish People's Protection Units (YPG) in their battle against the Turkish military and Free Syrian Army units.

In an interview with Sputnik, a SDF unit commander Mehdi Kobani, said that many of his fighters were now in Afrin defending the city against the advancing Turkish and FSA forces.

“We suspended our operation against Daesh in Deir ez-Zor because of the continuing attacks on Afrin. We won’t be taking orders from the US, accommodating its wishes and watching [Afrin] being attacked. For reasons of security I will not disclose the exact number of SDF fighters currently engaged in Afrin,” Kobani said.

“The Americans know how effective the SDF is in fighting Daesh and they fear that the suspension of our operation could strengthen the jihadists’ hand in the region,” Kobani noted.

© REUTERS / Khalil Ashawi
After 40 Days Under Turkish Fire, Kurds in Syria's Afrin Still Have No Plans to Give Up
Turkish President Recep Tayyip Erdogan’s spokesman said earlier this month that the United States should prevent fighters from the Kurdish YPG militia and the Syrian Democratic Forces traveling to Afrin from elsewhere in Syria to counter Ankara’s military incursion.

The request followed an announcement from the US-allied Kurdish forces that they intended to send 1,700 fighters from Deir ez-Zor to fight against Turkey in the Kurdish enclave of Afrin.

There was no immediate response to Ankara’s request from the Americans who insist that even though they are allied with the SDF in eastern Syria, they maintain no links with the group in the northwest and are not aiding its operations there.

On January 20, Ankara launched Operation Olive Branch in Afrin against Kurdish militia in order to "clear" Turkey's Syrian border of the terrorist threat.

Turkey considers the Democratic Union Party (PYD), a Kurdish political party in northern Syria, and YPG to be linked to the Kurdistan Workers' Party (PKK), listed as a terrorist organization by Ankara.

The Syrian government has strongly condemned the operation conducted by Turkey as an assault on the nation's sovereignty.