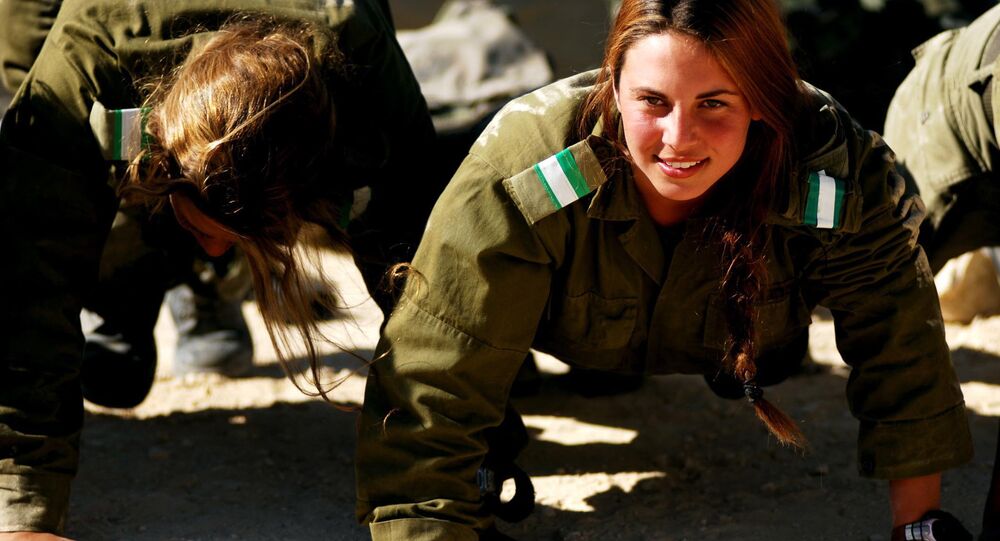 Swiftly on the heels of the massive Twitter outrage over the removal of a feminist IDF video, the Israeli female combatants have decided to take the bull by the horns and bring the issue into the national spotlight.

The Israeli Female Combatants Forum has posted a video and started an online petition calling on the government to fire rabbis who speak out against women’s integration into the defense forces. Among the rabbis who, as they think, should be sent packing are IDF Chief Rabbi Colonel Eyal Karim, together with leading Religious Zionist rabbis Rabbi Yosef Kelner and Rabbi Yigal Levenstein from the Eli pre-military academy.

Petition calls on gov't to fire rabbis who object to women in combat roles: Video released by Female Combatants Forum calls on rabbis to apologize or be fired. https://t.co/Ihi3ovTVuL JPost pic.twitter.com/YujqKqYCwx

​The video is titled "This is what they think of us" and it shows a range of women soldiers formerly or currently engaged along with men in the IDF combat operations vocally demanding that rabbis make an apology and be fired.

"Freedom of speech does not justify the freedom of incitement. Women, stop being silent!" they exclaimed most enthusiastically.

The video was uploaded shortly after the IDF removed a clip by the Israel Air Force praising women combatants to commemorate March 8, International Women’s Day. The fact that the IDF was presumably pressurized by religious groups who called it "provocative" caused great indignation among Israel's most famous feminists, notably Zionist Union’s Tzipi Livni and Stav Shaffir.

READ MORE: Israel Holds Largest Joint Drills With US Amid Tensions With Lebanon

However, according to the IDF’s press service, the video, which went by the name "The air force’s answer to chauvinism," was removed as it had not obtained official approval before it went online.

The controversial video features women performing a plethora of combat roles accompanied with a voiceover while repeating claims by rabbies that women allegedly did not have enough physical strength to engage in the military or that they are better off looking after children.

Israel: A clip on the occasion of the women's day that was published on the Facebook page of the Israeli Air Force and removed. 10.03-2018 pic.twitter.com/IYUgjA3wLv

"There are those who say woman can’t be warriors — they just can’t physically, they are not built for it physiologically, they should be home with the children," one woman in the video remarks.

Still, the visual seems to reveal an opposite story, as women boldly race through obstacle paths, examine air traffic engines or control drones.

The issue of women shouldering manly responsibilities gained momentum after a number of high-profile rabbis, including the IDF’s Chief Rabbi Col. Eyal Karim among others, stated before taking office that women engaged in combat operations could “damage them and the country due to loss of morality.”

Separately, in March, Rabbi Levenstein slammed women drafted in the field service, saying that religious ones tended to lose their values in the army and doomed them to being unmarried for life.

"What if there will be a female commander of a company? It’s an insane question; it’s fit for the madhouse. They have made our daughters crazy; they’re drafting them into the army," he pointed out. He went on to say that they get enrolled into the army as Jews, but end up as "not Jews."

"… Not in the genetic sense, [but] their entire value system has become confused, their priorities – the home, a career. They’re driving all of them [religious women] crazy. We cannot agree to this," he concluded.

Levenstein’s comments were met with a backlash from Prime Minster Benjamin Netanyahu and Defense Minister Avigdor Liberman, who made it clear that he would reevaluate Levenstein’s post and check whether he was fit to prepare youngsters for the military service.

Along the same lines, IDF Chief of Staff Lt.-Gen. Gadi Eisenkot had earlier pointed out that the forces had only one agenda, namely to be strong and victorious in the field. To this end, he said, the IDF, who have around 2,500 females serving to date, would continue to back women joining combat regiments.