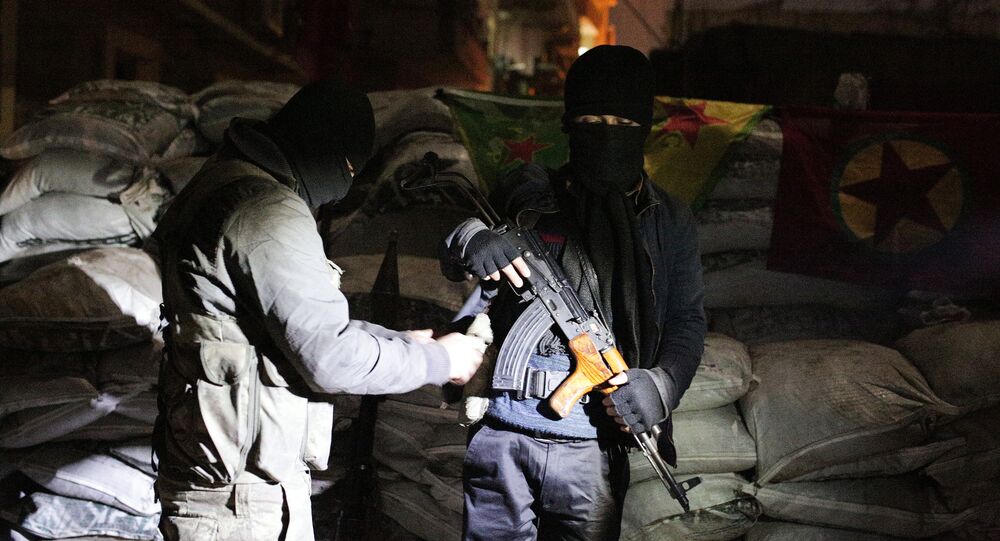 MOSCOW (Sputnik) - Turkish President Recep Tayyip Erdogan said on Saturday that a worldwide propaganda campaign against Turkey, launched by the supporters of the Kurdistan Workers' Party (PKK) amid the operation in Syria's Afrin, was "based on lies" and bound to fail.

"Launching a worldwide war of propaganda, based on lies, slander and distortion, by those who cannot deal with Turkey on the ground will not work," Erdogan said as quoted by the agency.

READ MORE: Turkey Destroys Convoy in Syria — But Was It an Aid Convoy? (VIDEO)

Supporters of the PKK, designated as a terrorist organization by Turkey, and the Democratic Union Party (PYD) are reportedly involved in a campaign against Turkey's ongoing military operation in Syria's northwestern Afrin region. The Anadolu news agency reported that social media accounts linked to the PKK posted pictures completely unrelated to the ongoing operation.

© Sputnik
What Does Turkey's Operation in Syria Tell Us About Erdogan's Government?
On January 20, the Turkish General Staff announced the beginning of the Operation Olive Branch, aimed against certain Kurdish forces, in Afrin. Ankara considers PYD, a Kurdish political party in northern Syria, and Kurdish People's Protection Units (YPG) militia affiliates of the PKK.

Damascus has condemned Ankara's actions as a violation of Syria's sovereignty.