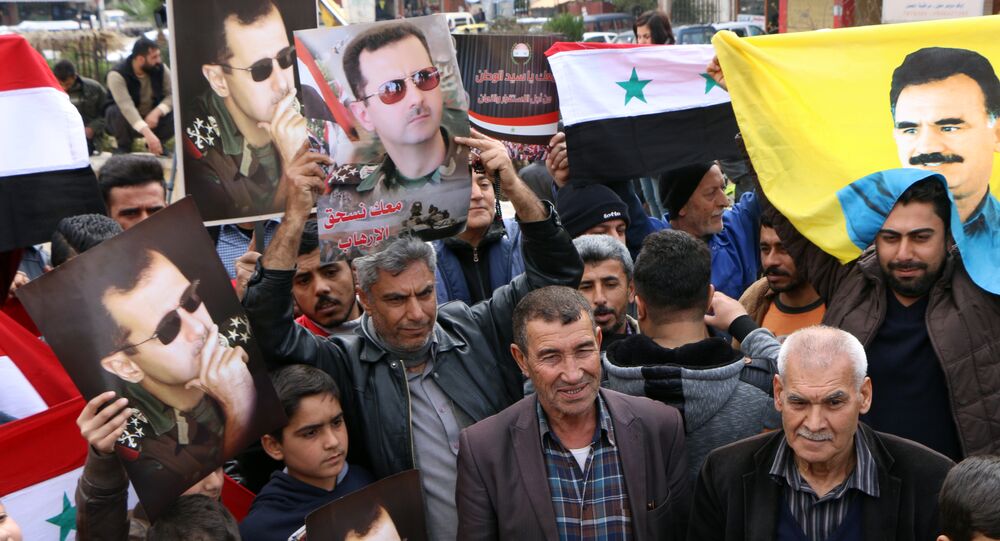 Residents of a Kurdish-held enclave in northern Syria that recently became ground zero of a major Turkish military operation staged a rally to welcome the arrival of pro-Damascus militia units.

During a rally held in the main square of the city of Afrin, the assembled people waved Syrian flags and portraits of Syrian President Bashar Assad as they welcomed the arrival of pro-government militia troops to the beleaguered province, Press TV reports.

The participants of the rally insisted that "Afrin is an integral part of the territory of Syria" and swore to prevent both Turkish troops and "terrorist groups" from taking their homeland.

Turkey began its military campaign against the Kurdish militias in Afrin on January 20 of this year. Codenamed Olive Branch, the goal of the operation is to strike a blow against the US-backed People's Protection Units (YPG), which Ankara regards as an affiliate of the Kurdistan Workers' Party (PKK), which was branded as a terrorist organization by Turkey.

While clashes between the government of Syria and the self-declared Democratic Federation of Northern Syria, commonly known as Rojava, have been seldom, the Syrian government officially condemns any attempt to violate the integrity of the Syrian state. In February, 2016, The Economist described the relationship between Damascus and the Kurdish leadership as "a tacit alliance."