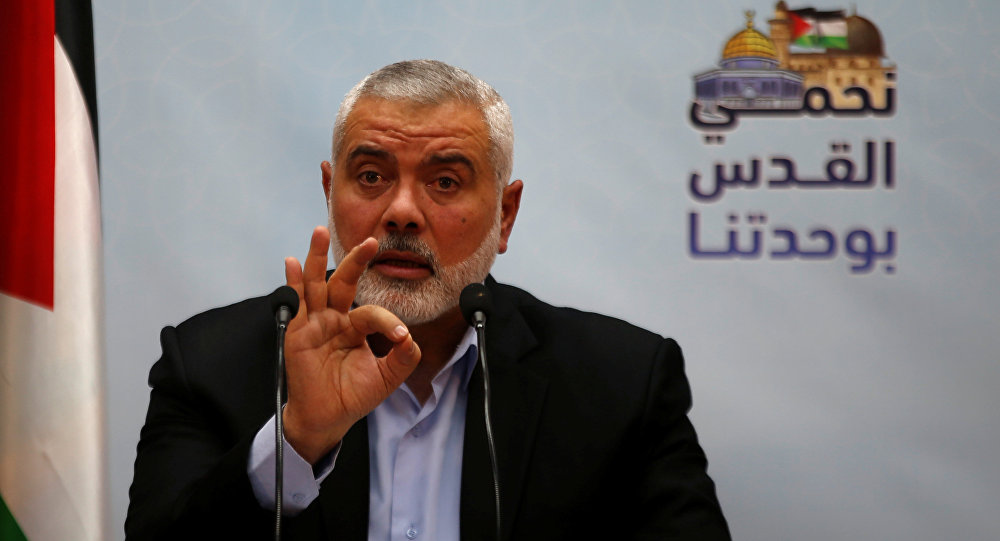 WASHINGTON (Sputnik) - The United States has added former Palestinian Prime Minister and senior Hamas leader Ismail Haniya to its sanctions list, along with three militant groups that operate in Palestine and Egypt, the Treasury Department's Office of Foreign Assets Control (OFAC) said in a notice on Wednesday.

OFAC added Haniya to its Specially Designated Nationals List, along with the Palestinian group Harakat al-Sabireen and Egyptian organizations Hasm and Liwa al-Thawra, the notice said.

According to US Secretary of State Rex Tillerson, the mentioned organizations threaten the stability of the Middle East, undermine the peace process and attack Egypt and Israel, Washington's allies.

Tillerson noted that the inclusion in the sanctions list will prevent planning for further terrorist attacks.

Haniyeh has been the leader of the Hamas political bureau, which was designated a terrorist organization by Washington in 1997. The US suspects him of terrorist attacks against Israeli citizens, and Hamas — in the assassination of at least 17 US citizens.