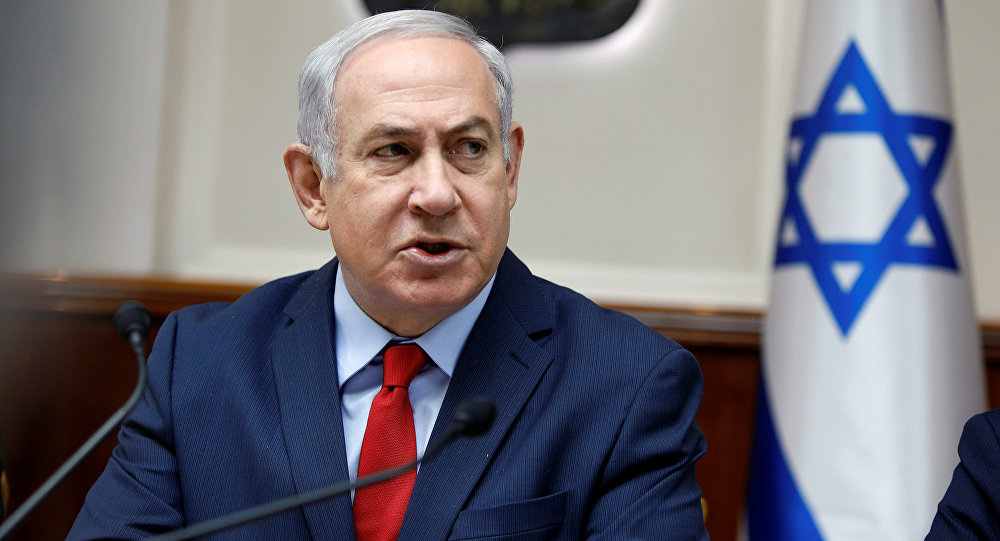 "We just discussed the region and our bilateral relations. They are strong … We discussed the efforts in stabilizing the region which is made more difficult by Iran's aggression in Syria and in Lebanon, and our common quest for peace, and resuming some kind of peace process with the Palestinians," Netanyahu said at the meeting.

© AP Photo / Bernd von Jutrczenka
Meet With Breaking the Silence and I Won't See You - Netanyahu to German FM
​The prime minister welcomed the foreign minister’s visit and thanked Germany for its "commitment to Israel's security."

Gabriel, in turn, stressed that Israel could count on Germany's partnership. The foreign minister also reiterated Berlin’s commitment to a two-state solution, as well as to the Joint Comprehensive Plan of Action on the Iranian nuclear program, though he noted that Germany shared Israel’s concerns about Iran’s behavior in the region.

Prime Minister Benjamin Netanyahu met with German Foreign Minister Sigmar Gabriel and told him:
It's always an opportunity to speak to members of the German government. I just did this in Davos; I had an excellent conversation with Angela Merkel.https://t.co/RoqgUk14uh pic.twitter.com/c9tHDVJRKH

​In April, Netanyahu called off his scheduled talks with Gabriel after the visiting German foreign minister ignored Israel’s requests to skip a planned meeting with pro-Palestinian rights groups. Gabriel met with activists from the Israeli NGO Breaking the Silence, which accuses the Israeli army of war crimes in conflict zones, such as the Israeli-occupied West Bank.