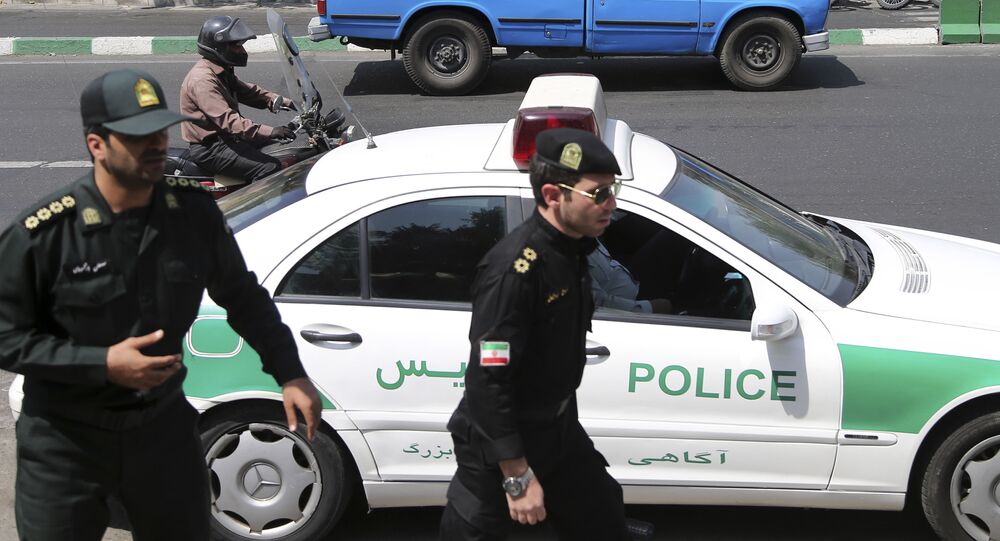 MOSCOW (Sputnik) - Iran’s police have arrested a total of 52 people for participating in an unauthorized rally in the northeast city of Mashhad and for the destruction of the state property, local media reported on Friday, citing a police chief of the Razavi Khorasan province.

On Thursday, thousands of Iranians in several cities across the country took to the streets to protest against unemployment, poverty, and the rising cost of living, as well as policies of President Hassan Rouhani, and Supreme Leader Ali Khamenei.

Breaking news-Thousands protest in Mashhad (second most populous city located in northeast #Iran), and other cities today, chanting “death to Rouhani”, “death to dictator” “forget about Syria, think about us.” They were protesting the rise in the living costs. pic.twitter.com/wprzRzZb3c

Thousands of people protest in #Iran ‘s second most populated city #Mashhad… in some protests people chanted “death to #Rouhani” & in others “death to dictator” #ايران pic.twitter.com/3Ub4va2DEL

In Mashhad, the Iranian security forces used tear gas against the demonstrators, according to media reports.

The unemployment rate in Iran stands at 12.7 percent, according to the World Bank data.