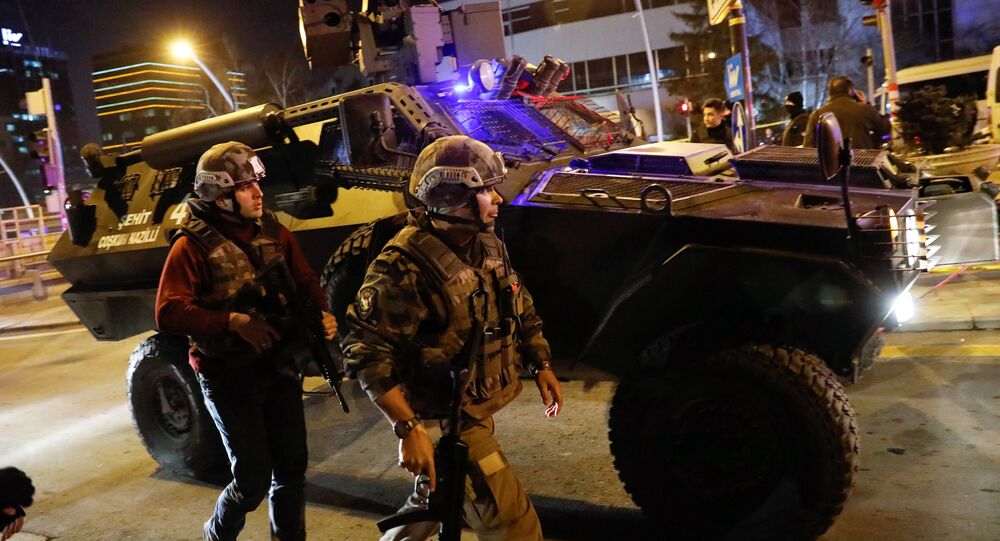 The organizer of the photo exhibition where Russian Ambassador in Ankara Andrey Karlov was killed has been reportedly accused of involvement in the preparation of a premeditated murder.

ANKARA (Sputnik) — Mustafa Timur Ozkan, the organizer of the photo exhibition where Russian Ambassador in Ankara Andrey Karlov was killed in 2016, was arrested in Ankara on charges of involvement in the murder, local media reported on Thursday.

Mustafa Timur Ozkan was brought to the Ankara Prosecutor's Office, which accused him of involvement in the preparation of a premeditated murder, after which a court in Ankara decided to arrest him, the Yeni Safak newspaper reported, citing a source in law enforcement agencies.

© AP Photo / Emrah Gurel
Turkish Forces Arrest 170 People Allegedly Linked to Terrorism
On December 19, 2016, Karlov was shot by an off-duty Turkish police officer named Mevlut Mert Altintas at the opening of an art gallery exhibition "Russia from Kaliningrad to Kamchatka through the eyes of a traveler" in Ankara. Three others were injured in the shooting, and the gunman was killed at the scene by the police. The Russian Foreign Ministry said it considered the attack a terrorist act.

Following the incident, four people were detained on charges of involvement in Karlov's murder, including three former policemen and the head of the publishing group Guru Medya, Hayreddin Aydinbas.