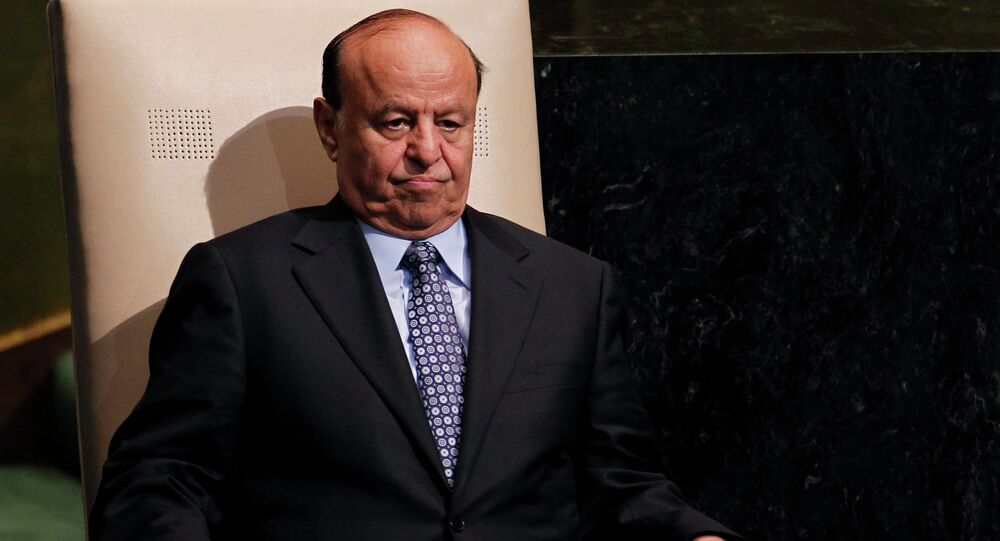 According to the Al Arabiya broadcaster, Ahmed bin Ahmed al-Maysari was appointed to the post of Interior Minister and Deputy Prime Minister, Aws al-Oud became the Oil and Minerals Minister, Saleh al-Jubwani will head the Transport Ministry, and Osman Hussein Majali, who was the Minister of State for Shura Council Affairs, will oversee the Agriculture Ministry.

At the same time, the president forced a number of conservative government members to resign.

Yemen has been engulfed in a military conflict since 2015, with the government of President Hadi fighting against the Houthi rebels, backed by army units loyal to former Yemeni President Ali Abdullah Saleh. Since March 2015, the Saudi-led coalition of mostly Persian Gulf Arab countries has been carrying out airstrikes against the Houthis in Yemen under Hadi's request.

The conflict escalated in late November, when clashes in Sanaa between the Houthis and Saleh’s units broke out. On December 4, shortly after reaffirming the end of his alliance with the Houthis, Saleh was killed by the rebels.