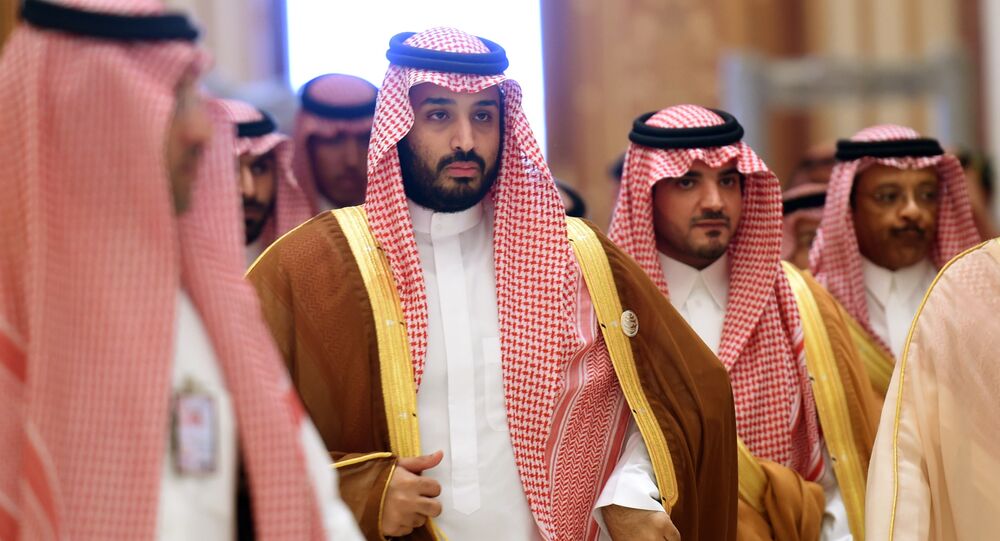 Saudi newspapers have reported that Israel has invited Crown Prince Mohammed bin Salman to their country to lead peace negotiations between Israel and Palestine as a sign of the rapidly warming relations between the Gulf Kingdom and the Jewish State.

In a first-ever for Jerusalem-Riyadh relations, an Israeli minister gave an interview to a Saudi media outlet when Intelligence Minister Yisrael Katz announced the invitation to independent newspaper Elaph.

"The Americans are forming a peace plan, but they're not telling us what it includes," Katz said. "They say they will come up with something 'creative' and that they will not impose any deal. I think this is an opportunity for Saudi Arabia to take initiative."

"I recommend that Saudi Arabia, as the leader of the Arab world, take the initiative upon itself and come to the Palestinians and offer its sponsorship. In such a situation of Saudi leadership, I'm ready to have negotiations. I'm calling on King Salman to invite Netanyahu for a visit and on the Saudi crown prince to come here for a visit in Israel."

A member of the conservative Likud party and a lieutenant of Israeli Prime Minister Benjamin Netanyahu, Katz stressed the Saudi capability for "leadership" that made them an ideal mediator.

If King Salman, the crown prince's father and the formal ruler of Saudi Arabia, invites Netanyahu to his country, as Katz suggested, it would be the first visit of an Israeli prime minister to the kingdom in Israel's 70-year history.

Saudi Arabia and Israel do not have formal diplomatic relations, and Riyadh has traditionally supported Palestine and tried to sponsor Palestinian unity. However, relations began to warm after the Arab Spring, when Israel and Saudi Arabia discovered a common enemy: Iran.

Katz mentioned the intense rivalry between the Twelver Shiite Iranian government and that of Saudi Arabia, which has close ties to the Wahabbist sect of Sunni Islam and which mutually claim exclusivity over the inheritance of the Prophet's message and leadership of the Muslim community. He claimed that Israel was concerned by Iran asserting power along Israel's northern borders with Syria and Lebanon via proxy militias such as Hezbollah. "We don't need any message. We know very well what Iran is doing and what its intentions are," Katz said.

He added that the Israeli military would bomb Lebanon "back to the stone age" if Iran attempts to build precision rocket platforms in Israel's northern neighbor. "This is a red line for us, whatever the price," Katz said. "The more precise the Hezbollah missiles, the bigger the blow Lebanon will absorb."

Lebanon and Saudi Arabia's relationship has been under scrutiny since November, when Lebanese Prime Minister Saad Hariri abruptly resigned, citing fears that he would be assassinated for his opposition to Iran and Hezbollah. Hariri later withdrew his resignation, sparking speculation that the entire spectacle was engineered by the Saudis to weaken Iran in Beirut.

Israeli-Saudi relations especially picked up in 2016, with Saudi Arabia acknowledging the Egypt-Israel peace treaty they had previously denied and sending a delegation of prominent Saudis in academia, business, and the military to Jerusalem to encourage an improvement in relations.

But Israel's relationship with other Muslim nations has recently taken a blow. Following US President Donald Trump's announcement that he would be authorizing the move of the US Embassy to Israel from Tel Aviv to the de facto but disputed capital of Jerusalem, leaders of Muslim-majority powers have claimed that it is now time for the US to drop any pretenses of neutrality and exit the peace process between Israel and Palestine.

Unsurprisingly, Palestinian President Mahmoud Abbas slammed the move, saying, "Trump wants to give Jerusalem as a present to Israel, as if he is donating one of the US states, as if he is the only person with the authority to decide. The US has lost its mediator role in the Israel Palestine peace process, and we will never allow in the future that the US takes part in the process."

Turkish President Recep Tayyip Erdogan, an American ally, has vocally criticized the decision, calling Jerusalem "the occupied capital of a Palestinian state" and Israel an "occupying and terrorist state." Speaking to the Organization of Islamic Cooperation, Erdogan said that Trump's "Zionist mentality" had made it "out of the question" for Washington to mediate.

Protest in London Against US Recognition of Jerusalem as Israel's Capital