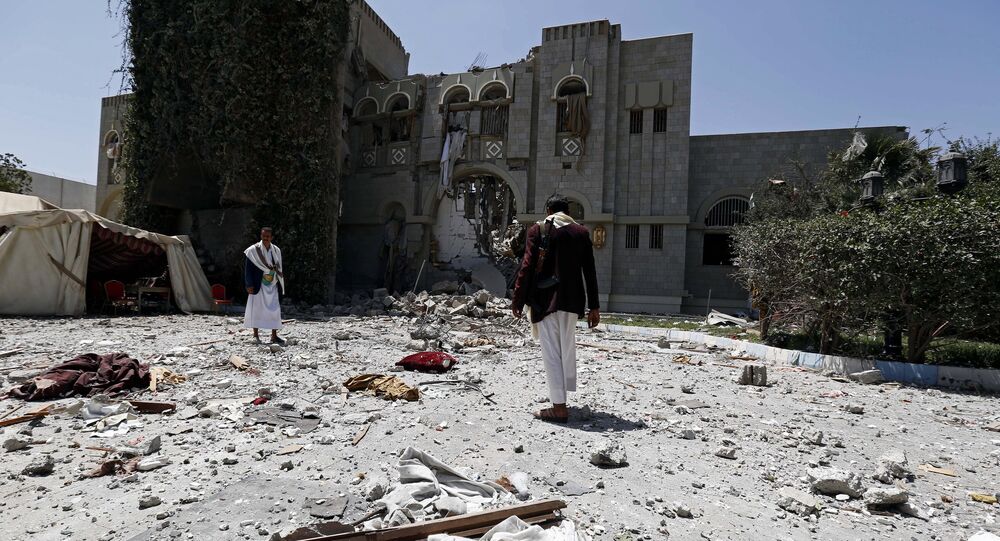 The Saudi-led coalition has been fighting the Houthi movement backed by former Yemeni President Ali Abdullah Saleh since March 2015.

The long-time former Yemeni leader, Ali Abdullah Saleh, has addressed the Saudi-led coalition forces during his TV speech, urging them to turn a "new page" in relations after almost three years of the civil war by ending attacks on Houthi rebels and lifting a blockade imposed on the country.

"We vow to our brothers and neighbours that, after a ceasefire is in place and the blockade is lifted… we will hold dialogue directly through the legitimate authority represented by our parliament," Saleh said.

Reacting to the Saleh's speech, the Saudi-led coalition has reportedly expressed confidence that he would return to the Arab fold, though accusing him of betrayal of the country's neighbors by joining the Houthi-led forces.

The Houthi movement has also responded to the Saleh's statement, accusing him of the deception.

"Saleh's speech is a coup against our alliance and partnership… and exposed the deception of those who claim to stand against aggression," a Houthi spokesman said in a statement carried by the rebels' Al Masirah TV.

© REUTERS / Mohamed al-Sayaghi
Yemen Civil War: The Impact of 986 Days of Conflict in Numbers
On Thursday night, representatives of the forces loyal to former President Ali Abdullah Saleh and the Houthis engaged in clashes at a mosque in Sanaa, which spread to other parts of the city. According to Saleh's General People's Congress (GPC) party, the Houthis allegedly attempted to carry out a coup. The party promised safety to Houthi commanders if they remained neutral.

At the same time, the clashes between the forces, which have been allies in the fight against the Yemeni government and the Saudi-led coalition, have been underway during the last four days, with residents reportedly claiming there is a kind of "street war" with loud explosions heard overnight across the city.

Local military sources told Sputnik that the Houthi rebels had already withdrawn from most parts of the Yemeni capital of Sanaa, "where now Republican Guard, special task forces, and forces of Central Security Organization loyal to Saleh are deployed."