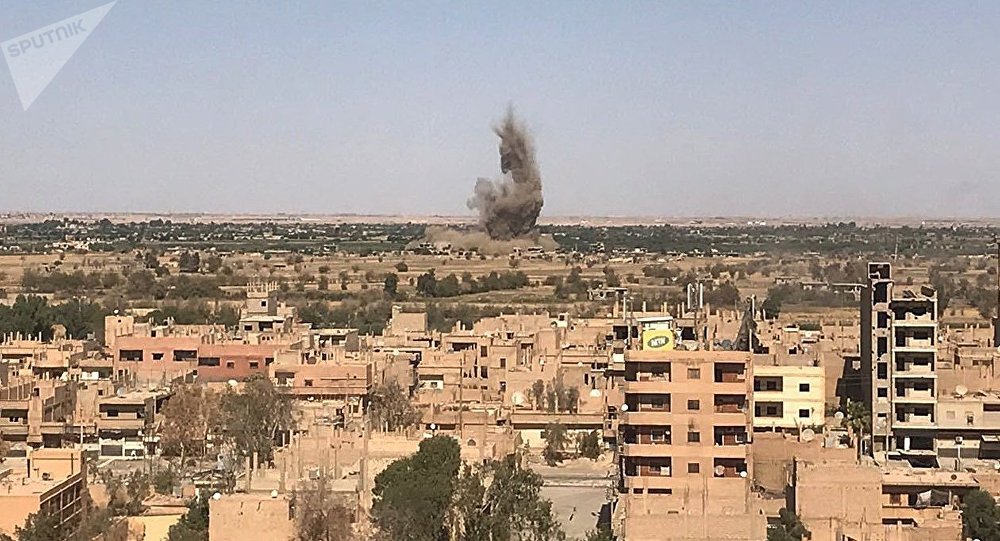 The area is located near the city of Deir ez-Zor that has recently been fully liberated by the Syrian army.

According to Syrian state media SANA, a Daesh car bomb has killed 20 at a site where displaced families are located in the country's east.

A souce told Sputnik, "According to the initial information, 20 people have been killed and 28 more people have been injured as a result of the explosion of a bomb-laden car by the Islamic State [ISIS, Daesh, banned in Russia] terror group in Al Faraj village … which is under control of the Syrian Democratic Forces (SDF)," adding that the death toll was likely to increase.

While the three-year siege of the city of Deir ez-Zor by Daesh terrorists had been lifted months ago, it had been fully liberated from remaining jihadists earlier in November. The liberation of the city has a strategic role, as Deir ez-Zor is situated at the crossroads of routes connecting the eastern part of the country with central and northern ones.

© AFP 2019 / STRINGER
WATCH Syrian Army Gain Control Over Daesh Weaponry in Deir ez-Zor (VIDEO)
The Syrian army's offensive in the province of Deir ez-Zor in the Euphrates River Valley has already resulted in the liberation of al-Mayadin and Abu Kamal which had been considered to be last major Daesh strongholds in the war-torn state.

Commenting on the course of the Syrian government forces' operation assisted by the Russian aviation, Russian Defense Minister Sergei Shoigu has noted a many-fold increase in suicide attacks in the area as Daesh has been drastically losing ground.

Liberation of Deir Ez-Zor Is 'Victory for the World' – Dr. Kamel Wazne