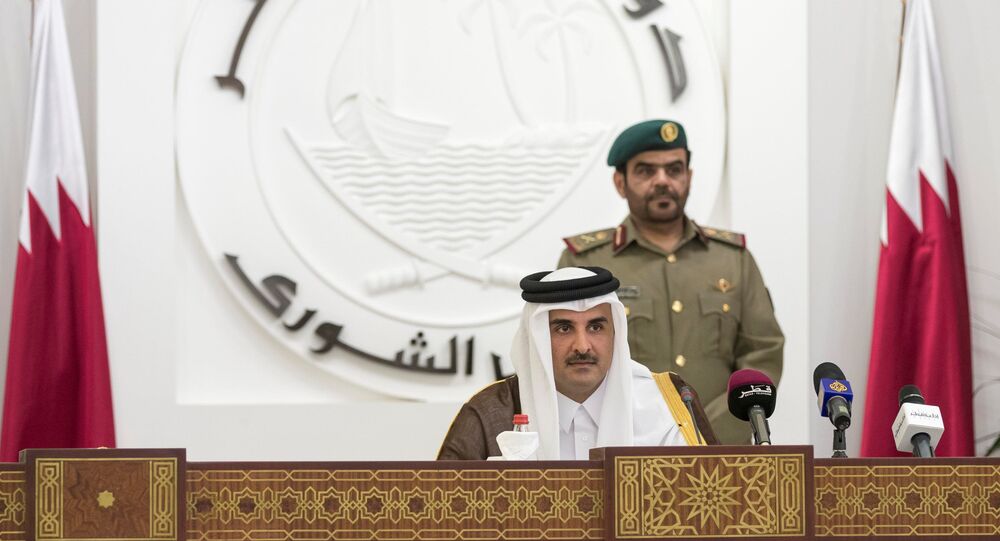 Qatar’s emir has proclaimed that his country is “better off” without the Gulf states like Saudi Arabia and UAE that imposed a boycott against Doha this year.

During his speech at the Shura Council, Qatar’s upper house of parliament, Emir Sheikh Tamim bin Hamad al-Thani has declared that his country is "a thousand times better off" without the former allies that turned against it, according to AFP.

"We do not fear the boycott of these countries against us, we are a thousand times better off without them," the emir said, adding however that "vigilance is required."

© REUTERS / Suhaib Salem
Qatar Plans to Reopen Embassy in Iraq Soon - Foreign Minister
He also added that Qatar’s government is working on "introducing a number of food security projects" and pays "special attention to water security" in order to ensure the country’s future without the support of its former allies.

Earlier in June the Kingdom of Saudi Arabia, the UAE, Bahrain and Egypt announced the severance of diplomatic ties with Qatar and imposed a de facto blockade against the country, citing Doha's alleged support of Islamist extremist groups as a reason.