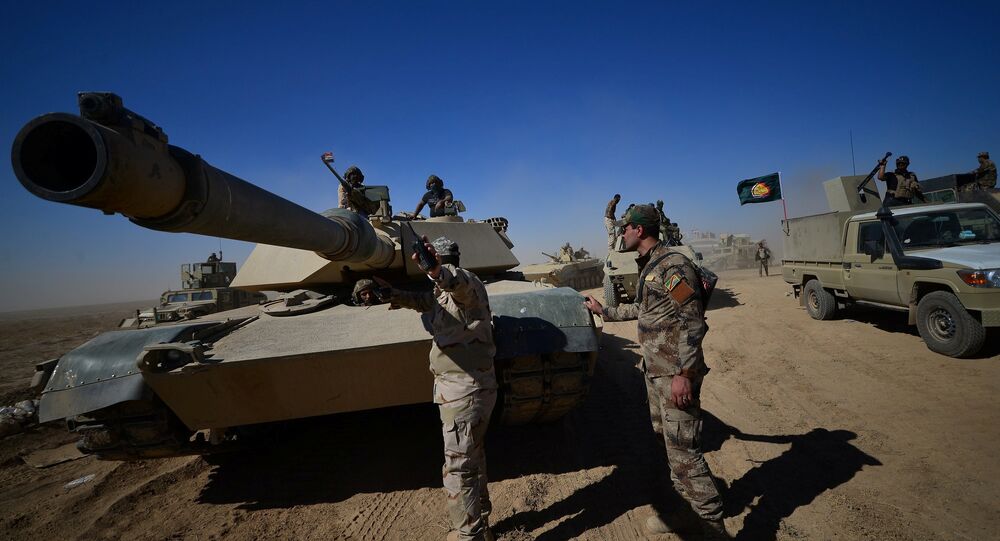 While Iraqi forces have liberated more than 90 percent of the country's territory, fierce fights are still ongoing to clear the last parts in the west of the country from terrorists.

BAGHDAD (Sputnik) — The Iraqi Armed Forces in cooperation with militias on Saturday liberated five villages near the Qaim town in the country's west from the control of the Daesh terrorist group, the army's command said in a statement Saturday.

Iraqi authorities announced on Thursday the start of a final offensive against Daesh in its last remaining holdouts in the country, in the towns of Qa'im and Rawa, near the border with Syria.

"The troops [of the Iraqi army]… and the popular militias had liberated the villages of Nazwah, Nahijah, Amari, Tazaliya and Rataja," the statement quoted Lt. Gen. Abdel Amir Jarallah as saying.

The statement added that the Iraqi troops had also established control over a bridge, railway station and a number of facilities near the town.

Iraq has been suffering from Daesh for several years, as the terrorists have occupied vast territories in the country's west and north in order to create the so-called caliphate in the Middle East.