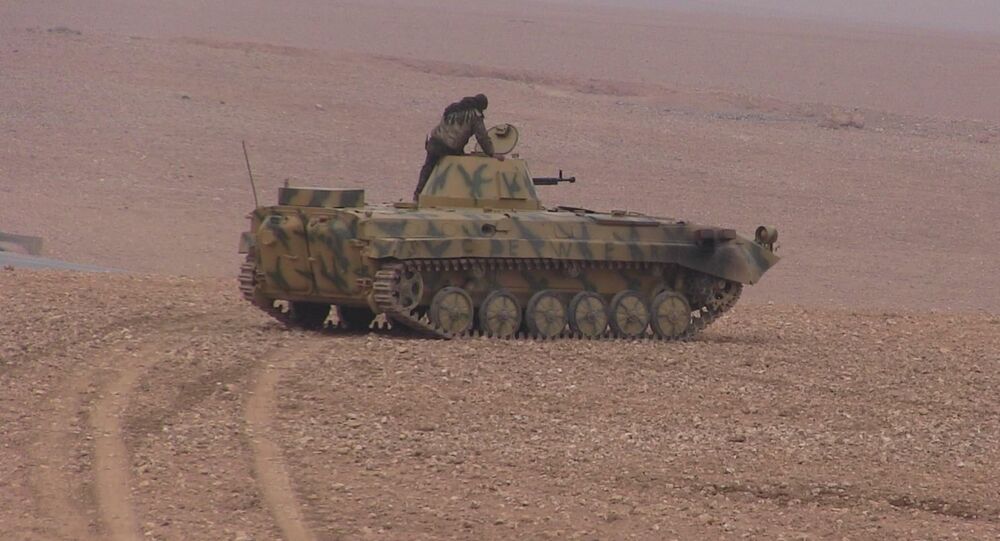 The US-supported alliance of Kurdish and Arab militias continue to advance in Syria after Raqqa's liberation.

According to the SDF's official website, the Syrian government forces are deployed nearly two miles away from the field.

In late September, the Syrian Gas Company representative in Deir ez-Zor, Amin Hamid, told Sputnik that Daesh militants (a terrorist group, outlawed in Russia) controlled nearly 80 percent of oil fields and most gas deposits in the Syrian province of Deir ez-Zor. The terrorists gained control over the facilities in April 2014.

The Syrian Army is also conducting a military operation in the province. Last month the country's forces managed to capture Deir ez-Zor from Daesh terrorists after a unmerciful three-year blockade, called by some people Syria's "Leningrad Seige." The victory enabled road traffic between Palmyra and Deir ez-Zor and thus, allowing humanitarian convoys to enter the war-torn region.

On October 20, the SDF announced the full liberation of Raqqa from terrorist militants, which was confirmed by the US-led coalition. US President Donal Trump called the SDF military gains in the region a "critical breakthrough" and claimed that a "transition into a new phase" would be forthcoming.