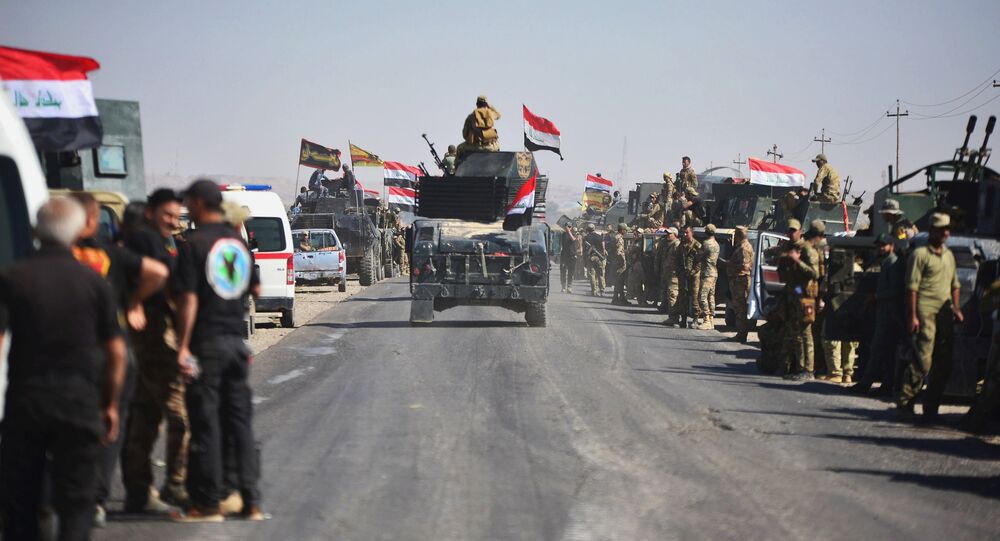 Tensions between Baghdad and Kirkuk have further escalated following the Iraqi Kurdistan's independence referendum with Iraqi troops conducting an operation in the region.

The Iraqi military forces have reported the capture of the Kirkuk airport from the Kurdish army in the oil-rich region, which aims to gain independence like Iraqi Kurdistan.

The representative of the United Nations High Commissioner for Human Rights in Iraq, Ali al Bayati, told Sputnik that "due to clashes and rocket attacks between Peshmerga forces and federal troops in the area of the city of al Tuz Khurmato in the north of the province of Salah ed- Dean two civilians were killed, four wounded".

According to him, since the beginning of the clashes, 250 shells were fired in residential areas. Civilians can not leave the area of al Tuz Khurmato and to take the wounded, because the roads are blocked. Electricity and internet are disabled.A source in the security forces told Sputnik that the clashes between Iraqi forces and the Peshmerga continue in the al Tuz Khurmato area, as well as between the Hasd Al-Shaabi and the Peshmerga in the Makhmur area between Al-Huwayja and Mosul.

Also, the Iraqi army has taken control of the Laylan town south of Kirkuk.

"The joint forces have secured the Laylan suburb, the Baba Gurgur oil field, and the North Oil Company," the army statement read.

Earlier in the day, the Iraqi troops gained control over the K-1 military base, two oil fields, as well as over Kirkuk's irrigation system.

On Sunday, Hemin Hawrami, a senior assistant to Kurdish President Masoud Barzani, said the Peshmerga had destroyed four Humvees that were trying to enter the province of Kirkuk from the south.

© Sputnik / Dmitriy Vinogradov
Iraq's Kurdish Leadership Rejects Baghdad Demand to Cancel Independence Vote
The deployment of Iraqi troops to the region was approved by the country's government after the Kurdish independence referendum on September 25, which was declared illegal by Baghdad. Kirkuk held the vote too, despite not being a part of Iraqi Kurdistan.