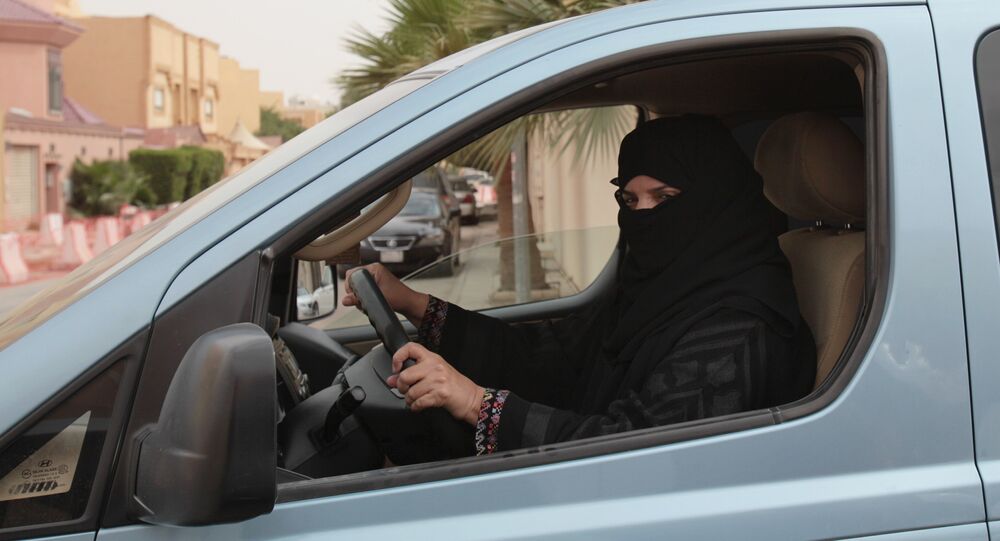 Hit the Brakes: Saudi Woman Penalized for Driving Before Ban is Lifted (VIDEO)

Earlier this week, police in Saudi Arabia penalized a woman filmed driving a car out of a Ritz-Carlton hotel in the capital, Riyadh, only a few weeks after the country announced that its ban on female drivers would be lifted in June 2018.

The video footage of the woman driving went viral on social media after being uploaded to YouTube in September.

According to the Guardian, although the woman was not arrested, a police spokesman confirmed that the woman will be penalized by the city's public prosecution office. No details were provided on the type of penalty.

"We call on all Saudi citizens to respect the law and wait until the ban on women driving formally ends," a police spokesman cautioned.

"No woman will be allowed to drive before before the formal lifting of the ban in June and the law will be applied to all those who post ads on social media offering driving lessons," a spokesman for the traffic general directorate also warned.

The decree follows Crown Prince Mohammad bin Salman's announcement of the Saudi Vision 2030 on April 25, 2016. The vision, which includes 80 projects costing between $3.7 and $20 million each, is a plan to decrease Saudi's dependence on oil, increase government spending on its military and develop public service sectors for health, education, recreation and tourism by 2030, among other initiatives.

"Our vision is a strong, thriving and stable Saudi Arabia that provides opportunity for all. Our vision is a tolerant country with Islam as its constitution and moderation as its method. We will welcome qualified individuals from all over the world and will respect those who have come to join our journey and our success," the Saudi Vision website states.

"We intend to provide better opportunities for partnerships with the private sector through the three pillars: our position as the heart of the Arab and Islamic worlds, our leading investment capabilities and our strategic geographical position. We will improve the business environment, so that our economy grows and flourishes, driving healthier employment opportunities for citizens and long-term prosperity for all."