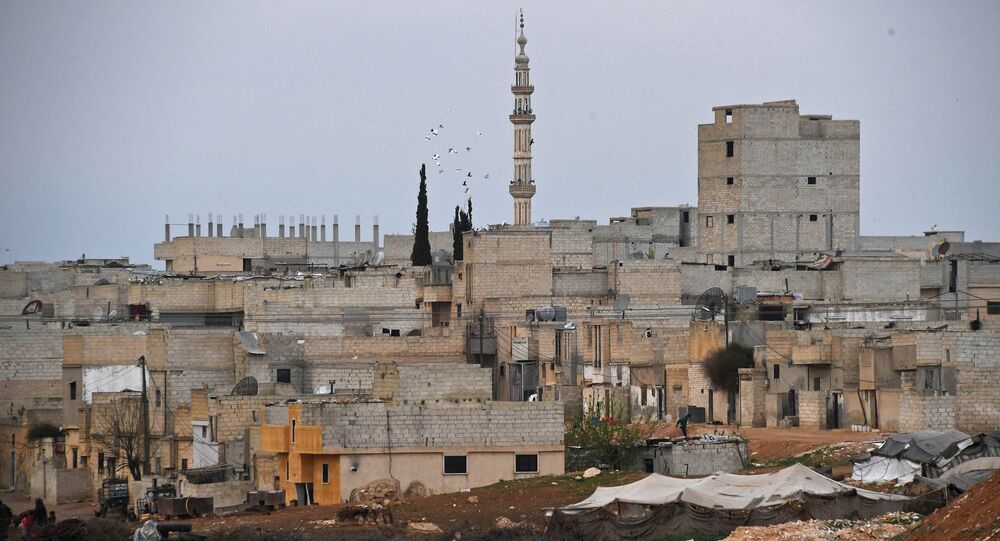 The Organisation for the Prohibition of Chemical Weapons said Thursday that it had found evidence of the use of sarin or sarin-related chemicals following an incident in Syria’s Hama province in March.

BRUSSELS (Sputnik) – According to the organization, OPCW Director-General Ahmet Uzumcu briefed States Parties to the Chemical Weapons Convention about OPCW's activities in Syria earlier this week.

"The Director-General shared information regarding the OPCW Fact-Finding Mission's (FFM) on-going work in Syria including the results of the analyses carried out by two OPCW Designated Laboratories of environmental samples related to a linked incident in Ltamenah, Hama Governorate in Syria on 30 March 2017. The results prove the presence of sarin or sarin-related chemicals in most of the samples analyzed," the statement read.

© AP Photo / Julien Warnand, Pool Photo
France, Russia Achieve Tangible Results on Chemical Weapons' Issue in Syria – Macron
So far, there has been a number of reports on the use of chemical weapons in Syria, putting responsibility for attacks both on Syrian authorities and the Daesh terrorist group.

Syrian authorities refuted any involvement in the incident, saying that the complete elimination of the Syrian government's stockpile of chemical weapons was confirmed by the OPCW in January 2016.

Damascus agreed to place its chemical weapons under international control for its destruction in 2013. The move was made in order to prevent the weapons from being captured by militants in the course of the civil war in the Middle Eastern state.