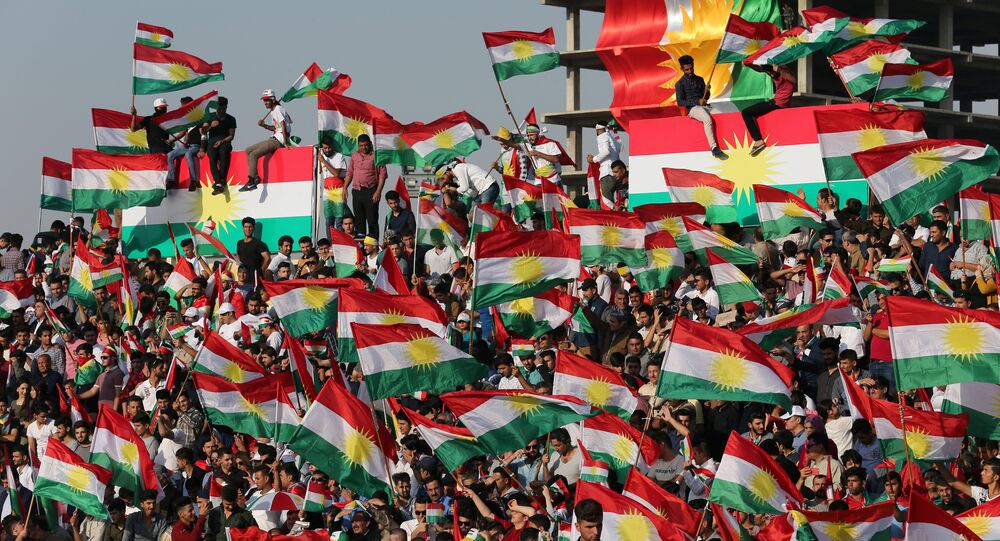 Despite its tough rhetoric Turkey will hardly send troops into Northern Iraq following Monday’s independence vote in Iraq’s Kurdish region, as it wants to avoid confrontation with the US and Israel, which support the Kurdish Regional Government in Iraq (KRGI), a Turkish political analyst told Sputnik.

Huseyin Bagci, a foreign relations expert at the Middle East Technical University in Ankara (ODTU), mentioned the mutually-beneficial relationship which had until very recently existed between Turkey and the Kurdish leaders in northern Iraq.

Ankara had previously provided across-the-board support for the KRGI, building up the autonomy’s infrastructure and even paying salaries to local state workers.

“We are talking about more than 35,000 people working at more than 1,500 local companies and mutual assurances of friendship coming from Ankara and Erbil. Then comes the referendum and, almost overnight, the KRGI is seen by Turkey as an enemy. This is not what I call a balanced and sensible policy,” Bagci said in an interview with Sputnik Turkey.

© AP Photo / Petr David Josek
Iran to Stay Friends With Kurds Despite Referendum 'Mistake'
He added that Erbil went ahead with Monday’s plebiscite despite strong international opposition, and warned that if KRGI leader Masoud Barzani stays the course of creating an independent Kurdistan, this would complicate the situation even further.

“But even so, Ankara would have no legal right to intervene because this is a domestic Iraqi affair. Turkey could intervene if asked to by Baghdad, but this is highly unlikely. Turkey could use economic sanctions, but they would backfire. In any case, Ankara will not intervene militarily because this would mean a direct confrontation with America and Israel which support the KRGI,” Huseyin Bagci said.

He added that that despite its angry rhetoric, Ankara will have to engage in lengthy political horse-trading with Barzani who has been a close partner for too long to be ignored.

“Neither side is now in a position to become enemies,” Huseyin Bagci concluded.

© Sputnik / Sputnik, Dmitry Vinogradov
Iraqi Kurds Hope to Cooperate With Turkey Despite Threats - Official
The people of Kurdistan voted overwhelmingly for independence in Monday's referendum, with the final percentage of who voted yes exceeding 90 percent.

Iran to Stay Friends With Kurds Despite Referendum 'Mistake'