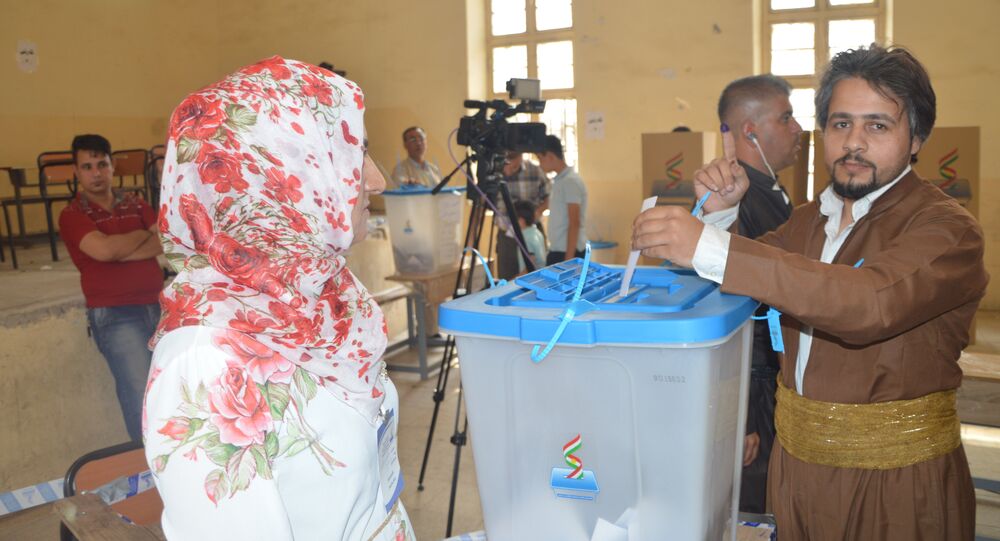 Kirkuk province's inclusion into independence referendum may lead to an outbreak of violence in Iraq, Turkish Minister of EU Affairs has said on Tuesday, due to it is formally controlled by Bagdad.

MOSCOW (Sputnik) — The decision of Iraqi Kurdistan’s authorities to conduct the independence referendum in provinces that are nominally controlled by Baghdad, may lead to an outbreak of violence in Iraq, Turkish Minister of EU Affairs Omer Celik has said on Tuesday.

"To include Kirkuk in the poll is another suggestion from [Kurdistan’s President Masoud] Barzani to turn Iraq into another bloodbath … The referendum, contrary to what Barzani claims, will not bring stability to the region nor be useful for Kurds’ future. It will be a blow, not just to Kurdish people, but to the other ethnic minorities willing to live together in Iraq," Celik said, as quoted by the Anadolu news agency.

On Monday, the independence vote took place in the autonomous region of Iraqi Kurdistan as well as in the disputed areas officially controlled by Baghdad. More than 90 percent of voters cast their ballots in favor of gaining independence from Iraq according to local media. However, since the announcement of the referendum in June, the Turkish and Iraqi authorities have repeatedly voiced protests against the move, calling on Erbil to cancel the independence vote.