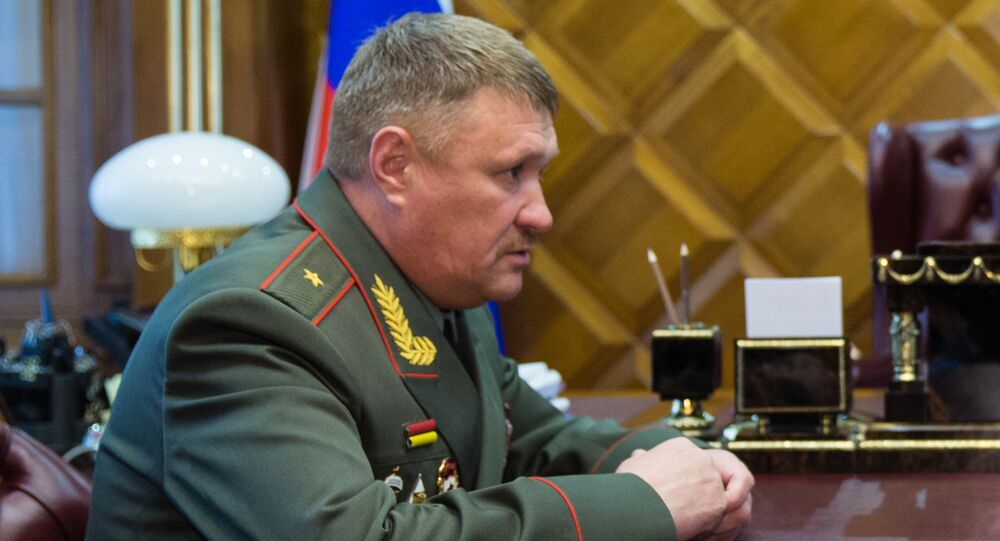 The preliminary investigation into the death of Russian Lieutenant-General Asapov near Syrian Deir ez-Zor has shown data leaks to Daesh, a source in the Syrian security forces told Sputnik.

“The results of a preliminary investigation into the death of general Asapov in Deir ez-Zor evidences a leak of information on his location to the side that carried out the attack,” the source said.

Lieutenant-General Valery Asapov died on Sunday after sustaining a "fatal injury" in a Daesh shelling near Deir ez-Zor, according to the Russian Defense Ministry.

© Sputnik / Alexander Astafyev
Crime and Punishment: WATCH Russian Jets Wipe Out Terrorists in Syria's Idlib
Asapov was a member of the group of Russian military advisers providing Syrian commanders with assistance during the operation aimed at the liberation of the city of Deir ez-Zor.

Commenting on the incident, Russian Deputy Foreign Minister Sergei Ryabkov on Monday that the death of Asapov is the price that Russia paid for the "duplicity" of the United States in actions aimed at resolving the crisis in the region.

Meanwhile, the Russian Defense Ministry circulated an aerial footage of the areas where Daesh militants were stationed near Deir ez-Zor, clearly showing US special forces' military vehicles at strongholds previously fortified by terrorists.

Turkish Tragedy: Syrian-American Journalist and Her Mother Slain in Istanbul