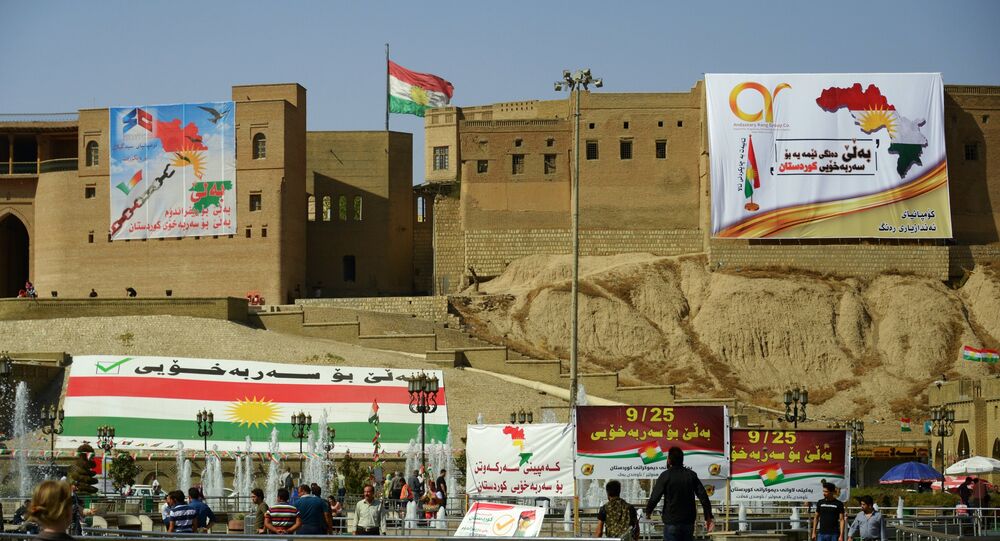 Iraqi Kurds Hope to Cooperate With Turkey Despite Threats - Official

MOSCOW (Sputnik) — Since the announcement of a referendum in June, the Turkish authorities have repeatedly voiced protest against the move, calling on Erbil to cancel the independence vote. Earlier in the day, Turkish President Recep Tayyip Erdogan threatened to shut down the border with Iraqi Kurdistan and halt oil transit currently going through Turkey in response to the referendum.

"The Iraqi Kurds are hoping to maintain cooperation with Turkey. The ties that we established have benefited both countries, especially Turkey," Babakr said, answering the question about the potential impact of Ankara threats on the referendum.

Babakr stressed that Iraqi Kurdistan was Turkey's second largest trade partner after Germany and Turkish companies owned about 40 percent of investments in Kurdistan. He added that Turkey significantly depended on the region in terms of energy as most of the Kurdish oil was moved through a pipeline to the Turkish port of Ceyhan.

"The best thing that Turkey can do with regard to the independence referendum is to recognize Kurdistan," Babakr said.

© Sputnik / Hikmet Durgun
Over 70% of Voters Cast Ballots in Iraqi Kurdistan's Independence Vote
According to the region's representative, Ankara should stop blaming Iraqi Kurdistan and instead solve its own problems with Turkish Kurds.

Babakr pointed out that the voter turnout was not affected by the threats.

"In my opinion, no threats influenced the vote, on the contrary, the stronger pressure made more people come to the referendum," Babakr said.

Hisyar Ozsoy, the deputy chair of the Turkish opposition pro-Kurdish Peoples' Democratic Party (HDP) in charge of foreign affairs, told Sputnik earlier on Monday that the Iraqi Kurds were unlikely to abandon the quest for independence, even given the threat of potential proxy conflicts engineered by Turkey or Iran.

Turkey’s relationship with its Kurdish minority has been fraught with complications. The Kurdistan Workers' Party (PKK) urging for more rights for the Kurds in Turkey, has been involved in many clashes with Turkish security forces and is considered a terrorist organization by Ankara.