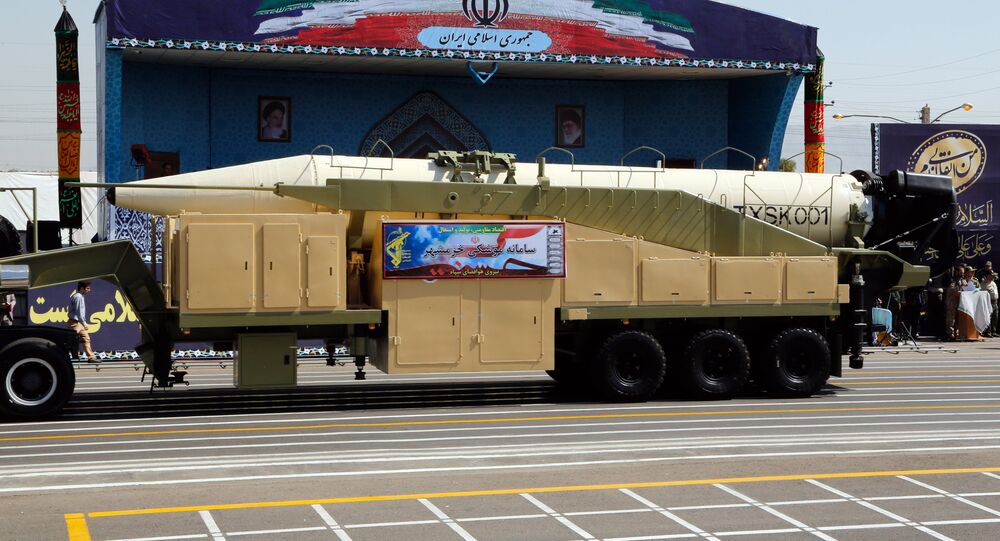 The new ballistic missile, with a range of 2,000 kilometers (1,242 miles), is capable of carrying multiple independently targetable re-entry vehicles over a distance of 1,800 kilometers.

According to Gen. Hajizadeh, training in the use of the ballistic missile has already begun.

The Islamic Republic's missile and nuclear programs have been continuously criticized as posing a threat.

On July 14, 2015, China, France, Russia, the United Kingdom, the United States and Germany, collectively referred to as the P5+1 group, signed the JCPOA with Iran on the latter's nuclear program. The deal stipulated a gradual lifting of anti-Iran sanctions in exchange for Tehran's assurances that its nuclear program would remain peaceful in nature.

© REUTERS / MORTEZA NIKOUBAZL
Iran's 'Father of All Bombs' Sends Strong Signal to Israel, Gulf States
On July 29, 2017, the US Senate approved a bill on new non-nuclear sanctions against 18 individuals and entities in Iran over the country's missile program and human rights violations. The move has been widely criticized by Iranian senior officials, claiming that the US bill violated the provisions of the JCPOA. Tehran vowed to impose retaliatory measures against US individuals and entities.

In August, Iran's defense minister stated Tehran would not abandon its missile program despite international condemnation. In September, the US imposed new sanctions on Iran over the ballistic missile program and "cyberattacks".

Iran to Continue Its Missile Program Despite International Pressure