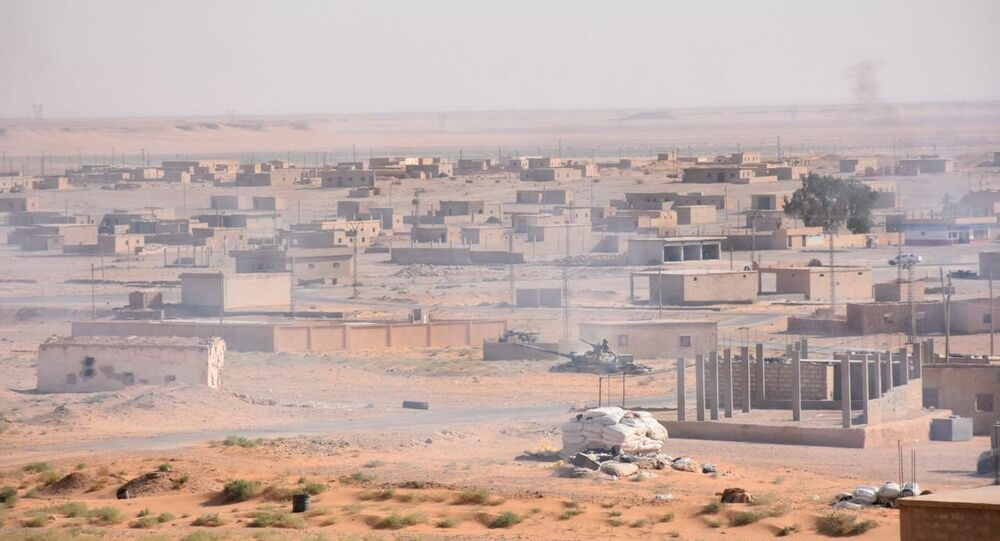 Over 700 bodies have been found in mass graves near Deir ez-Zor in Syria. A special commission will soon begin identifying the remains. A source told Sputnik that the bodies of those killed in US-led coalition airstrikes may be in the mass graves discovered.

An independent forensic commission has been established in Syria to identify the bodies found in mass graves near the city of Deir ez-Zor.

The graves were found in the area of al Shaitat to the west of the city, near the village of Abu Hamam and according to a medical source contained the bodies of women and children.

"Measures are currently being taken to preserve the remains before an independent commission starts working. Its experts are expected to determine the cause of death of those people. There are numerous pieces of evidence that the airstrikes by the [United States-led] international coalition may have resulted in mass civilian casualties in the area," the source told Sputnik Arabic.

© AFP 2021
Syrian Armed Forces Clearing Area Around Deir Ez-Zor Airfield From Daesh
Moreover, the source suggested that more mass graves are likely to be found across the province of Deir ez-Zor in the near future. During the course of the Syrian conflict, mass graves have been discovered in every area that was controlled by terrorists.

According to expert estimates, the recently discovered graves are more than one year old. So far, 40 of the 750  bodies found have been identified. A total of 2,000 were killed in airstrikes and Daesh attacks in the area.

© Sputnik / Mikhail Voskresenskiy
Russia Delivers Humanitarian Assistance to Syria's Deir Ez-Zor
Last week, the Syrian Army broke the blockade to the west of Deir ez-Zor. On Saturday, the Syrian military supported by the Russian Aerospace Forces broke the siege of a nearby airfield, which had kept more than 1,000 Syrian troops locked in since January. The operation to liberate the rest of the province from the terrorists is still underway.

The victory was the biggest breakthrough against Daesh since the terrorist group first launched an offensive in the province. The terrorists had been blockading Deir ez-Zor since 2014, with food and other supplies only being airlifted into the city. The group  also took control over a large swath of the province of Deir ez-Zor and cut off roads to government-held districts.