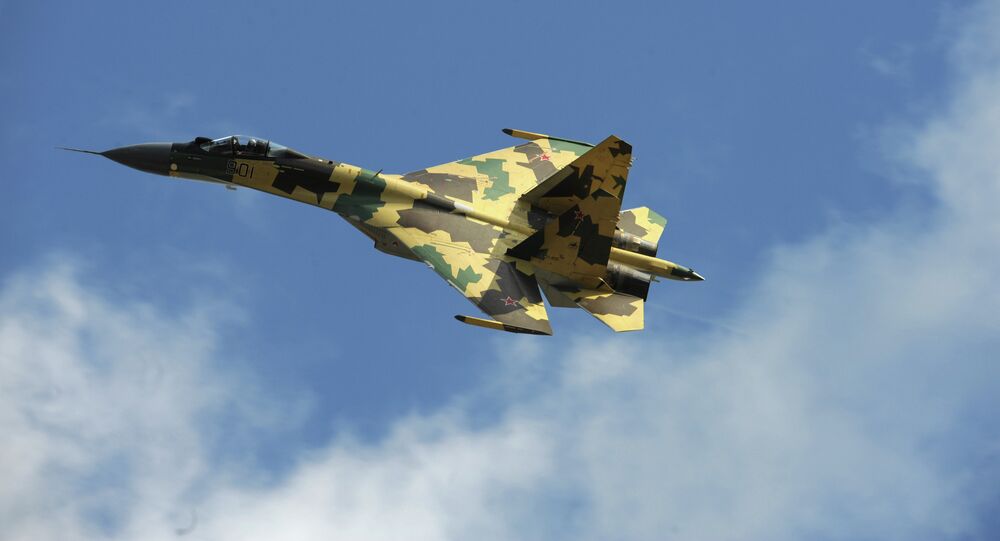 The Russian jets carried out more than 1,400 sorties delivering some 2,600 strikes against command posts, camps and groups of militants, he specified.

© Photo : Press Service of the President of Syria
Russian MoD Says Deir ez-Zor is Syrian Army's Most Important Victory 'Dealing a Blow to Daesh'
He added that during sorties the Russian Su-35 and Su-34 had been destroying newly discovered targets, mainly armored vehicles, including tanks, convoys with ammunition and artillery guns, which hindered the actions of Daesh to carry out the relocation of troops.

Moscow has been conducting an operation against terrorists in Syria since September 30, 2015, at President Bashar Assad's request.

"In order to ensure the advances of the government troops, the Russian planes are carrying out missile and bomb strikes on ISIL targets round-the-clock. The intensity of the operation has increased to 100 and more sorties in 24 hours during its decisive phase," the commander said.