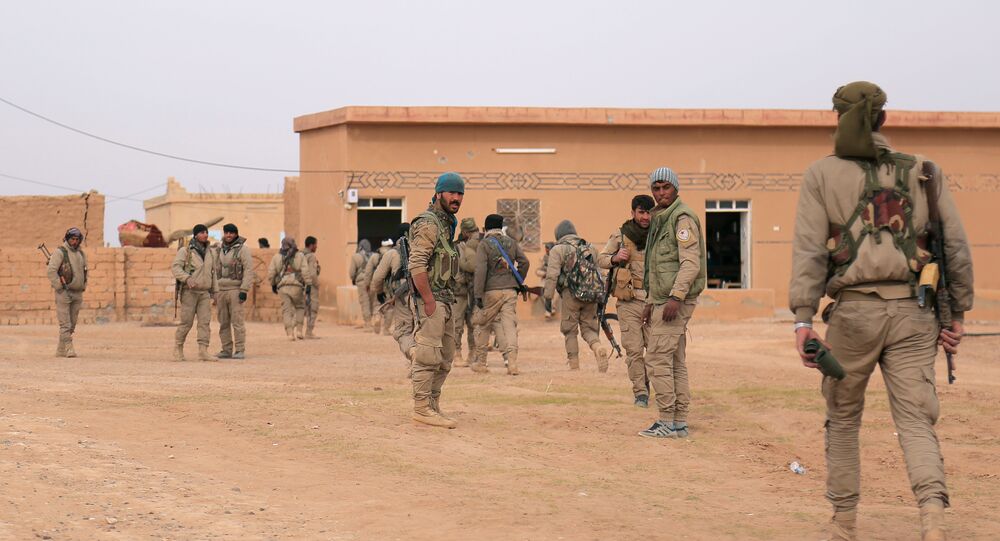 According to The Telegraph report, Daesh terrorists are pretending to be US-backed Syrian Democratic Forces' fighters in Raqqa to capture civilians amid the operation to free the city.

According to the report, jihadists are pretending to be as the US-led coalition-backed Syrian Democratic Forces, waving Kurdish flags and setting up fake checkpoints to capture fleeing civilians.

On Monday, media reports emerged that the battle to liberate Raqqa should end within two months.

© REUTERS / Rodi Said
Battle for Raqqa Becomes 'More Fierce' as 70 Percent of City Freed From Daesh
Raqqa has been controlled by Daesh since 2013. In June, the SDF, supported by the international coalition led by the United States, started an operation aimed at the liberation of the city. The coalition's operation has not been authorized by either the Syrian government or the UN Security Council.

Earlier this week, the United Nations reiterated its concern for the safety of up to 25,000 civilians caught in the crossfire in Raqqa. Around 10,000 people have been displaced from the city in the first half of August, according to the United Nations.