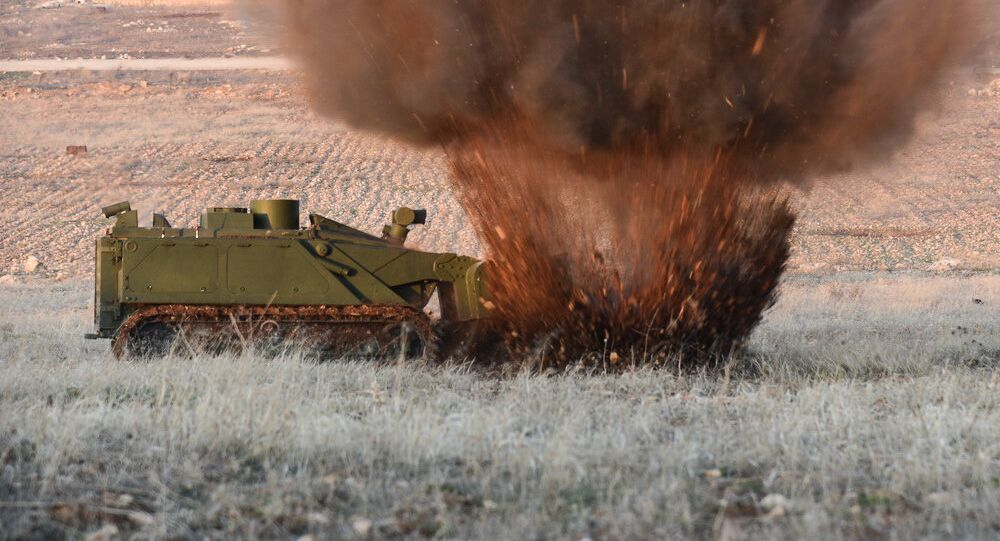 The head of the Russian General Staff's Office for the Development of UAVs says that Armenia and Serbia are willing to become members of an international coalition for demining Syria.

© REUTERS / Bassam Khabieh
Creation of Coalition to Demine Syrian Historic Sites to Be Discussed in Tehran
He said that the Russian Defense Ministry was working on establishing the coalition.

"Relevant requests were sent to the representatives of defense departments of Iran, Egypt, Serbia, Armenia, Turkey and the United Arab Emirates. Armenia and Serbia are ready to send their units, the possibility of involving Chinese sappers are being worked through," Novikov said at the Army-2017 international forum in Moscow Region.

During a Security Council meeting in April, Russia's Deputy UN Ambassador Vladimir Safronkov called on the international community to create an international coalition for demining Syria, where a civil war had been raging for nearly six years.