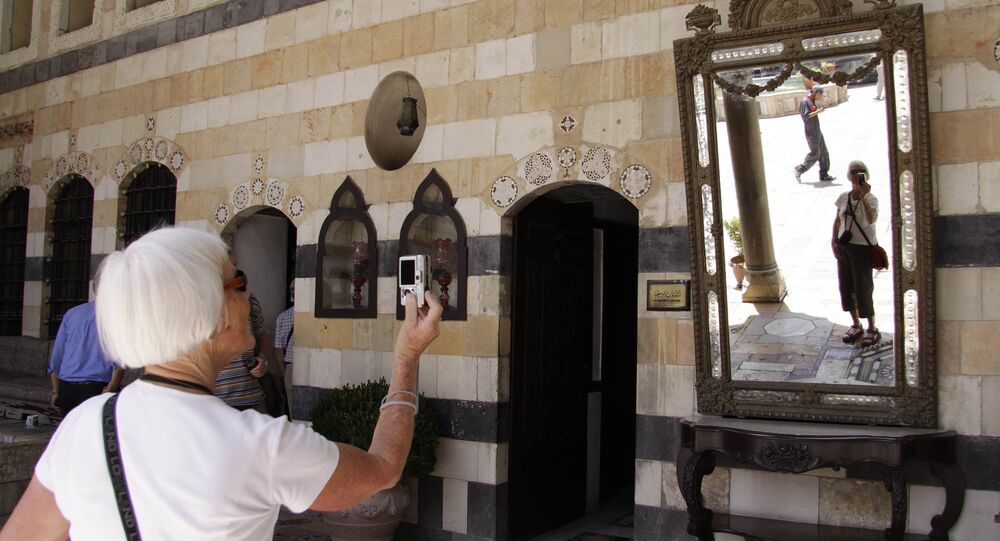 Syria's Tourism Minister Bishr Yazigi said that Damascus is preparing many projects attractive to Russian investors as well as tourists.

MOSCOW (Sputnik) — Syria is preparing several projects that might interest Russian investors and tourists, since investments have begun flowing back into the sector, Tourism Minister Bishr Yazigi told Sputnik.

© Sputnik / Michael Alaeddin
Syria's Aleppo Welcomes First Tourists Since 2012
"We have begun preparing many projects attractive to Russian investors as well as tourists," the minister said on the sidelines of the 59th edition of Damascus International Fair.

Yazigi added that while tourism in Syria suffered the most in 2012 and 2013, investments from both Syrians living abroad and foreigners began returning to the industry in 2016.

Syria is one of the most affordable tourist destinations, with different recreation activities available, but the country's image has been tarnished and many people know only about the ongoing armed conflict, the minister noted.

© Wikipedia / Bernard Gagnon
'Always Beautiful': Syrian Tourism Minister Touts Country's 'Civilized Side'
According to Yazigi, one of the projects will be the creation of a so-called free tourist zone with a special tax system and regulations aimed at providing incentives for investors. The same regulations would apply to several hotels on the coast.

Since 2011, Syria has been enmeshed in a conflict between the government and armed opposition, exacerbated by the attempts of terrorist groups, such as Daesh (banned in Russia), to seize the country's territory. Several rounds of talks have been held in Geneva and Astana to help facilitate political reconciliation.

Syria All Set to Become a Tourist Mecca Again