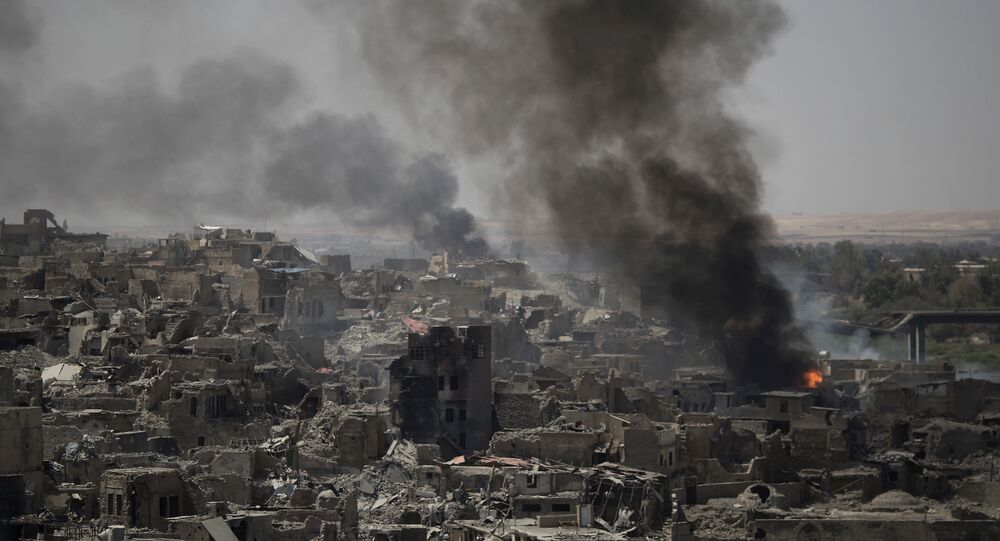 The US-led coalition carried out 30 strikes consisting of 60 engagements against the Daesh terror group in Iraq and Syria on Monday, including 20 near the Syrian city of Raqqa, Joint Task Force Operation Inherent Resolve said in a press release.

WASHINGTON (Sputnik) — The release also added that 50 strikes consisting of 67 engagements in both Syria and Iraq which took place August 18-20 closed within the last 24 hours.

Two other strikes in Syria near the cities of Abu Kumal and Deir ez-Zor destroyed Daesh headquarters, weapons cache and oil still.

The US-led coalition of more than 70 members is conducting airstrikes, ground-based and rocket-propelled artillery fire against Daesh in Syria and Iraq. The strikes in Iraq are conducted in support of the Iraqi government, but those in Syria are not authorized by the government of President Bashar Assad or the UN Security Council.