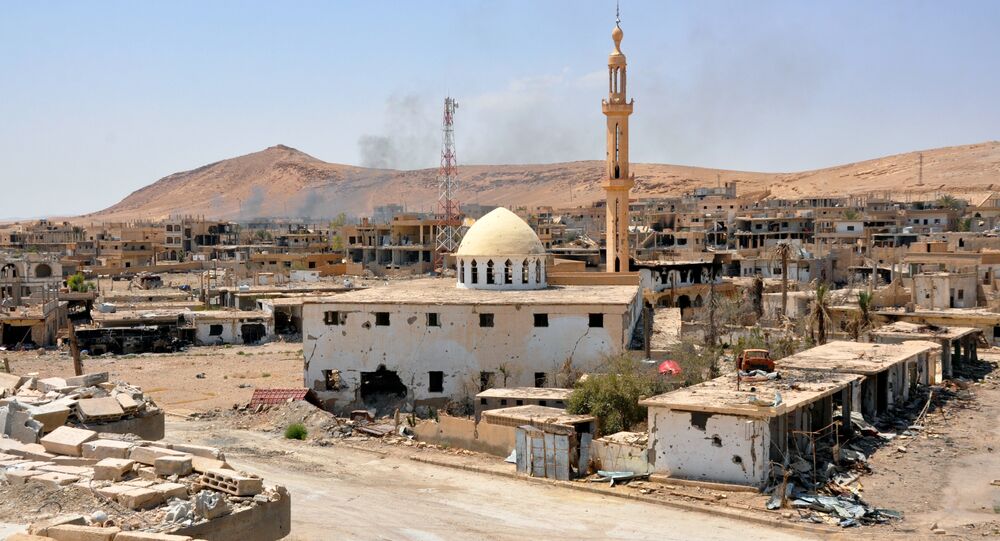 Watch the footage of the town of As-Sukhnah in the Syrian province of Homs, which was liberated by the government troops from Daesh terrorists a week ago. The town is considered to be the "key to Deir ez-Zor" currently besieged by the terrorist group.

After the liberation of the town from terrorists, the Syrian army and deminers checked the houses and main streets in As-Sukhnah. Dozens of Daesh's explosive devices, as well as several cars that were demined as the IEDs could have caused many casualties.

Take a look at Sputnik Arabic's video footage of the town after its liberation.

Now the infantry units of the Syrian army are deployed on the outskirts of the town to advance to Deir ez-Zor borders located in 50 kilometers from As-Sukhnah.

The Syrian government forces' victory in As-Sukhnah is a huge success for Damascus.
The town is located in the Syrian desert. The terrorists gained control over it in 2015 making it an important communication center for the terrorists in areas they control in the provinces of Hama and Homs, as well as the cities of Raqqa and Deir ez-Zor.