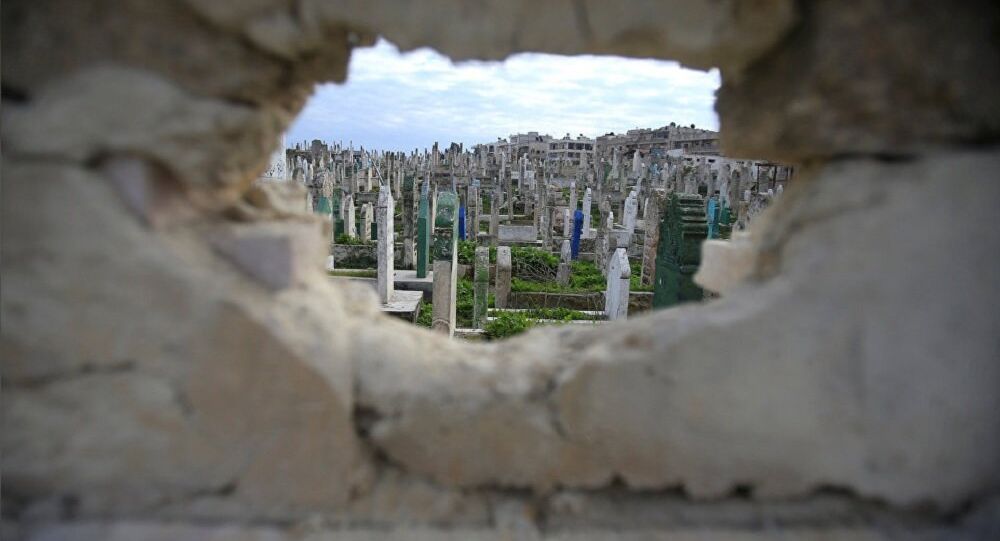 At least nine civilians were injured, the police chief added.

"In violation of the ceasefire, armed groups located in the west of Aleppo fired missiles at the residential quarter of Al-Akramiya [Aleppo], killing four people, including a child, and injuring nine others," Brig. Gen. Essam Shelli said.

© AFP 2021 / George OURFALIAN
At Least Two People Killed in Terrorist Rocket Stike in Syria's Aleppo
The Syrian civil war has been raging for six years, with government forces fighting against both Syrian opposition groups who strive to overthrow President Bashar Assad, and numerous extremist and terrorist groups such as Daesh and Jabhat Fatah al-Sham, both of which are outlawed in Russia.

The city of Aleppo has become one of the main battlegrounds of the civil war in Syria. The city was liberated by the Syrian government forces in late 2016.