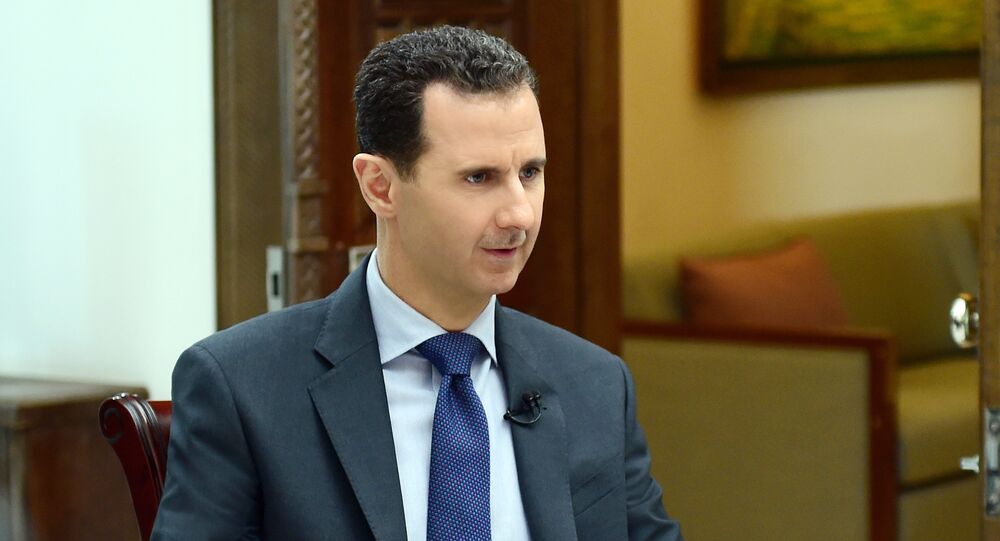 A member of the Syrian opposition High Negotiations Committee (HNC) said Tuesday that President Assad's fate should be decided on in the course of the talks between the parties to the Syrian conflict.

MOSCOW (Sputnik) – Discussions of whether Syrian President Bashar Assad can remain in power during the transitional period in the country are premature, this will be determined via negotiations, Ahmad Asrawi, a member of the Syrian opposition High Negotiations Committee (HNC), told Sputnik.

"Discussing this condition before negotiations is premature. The resolution of the crisis lies in negotiations, it was not touched upon from the political point of view, this is not an issue of whether we accept this or not, negotiations will determine this," Asrawi said.

Since the beginning of the Syrian civil war, numerous opposition groups, including the HNC, have repeatedly called for resignation of Assad in order to reach political settlement of the crisis.

© REUTERS / Omar Sanadiki
Russian Military Registers 4 Ceasefire Violations in Syria Over Past 24 Hours
At the same time, in March Russian Deputy Foreign Minister Gennady Gatilov said that the HNC representatives had also pointed out that the potential resignation of the Syrian president was a political directive for the future rather than a precondition for the settlement talks.

The next round of the Geneva talks on Syrian settlement is scheduled for September, following a new high-level meeting on Syria in Astana which is set to take place late August.

Why US Presence at al-Tanf Base in Syria Becomes Pointless, Risky Endeavor