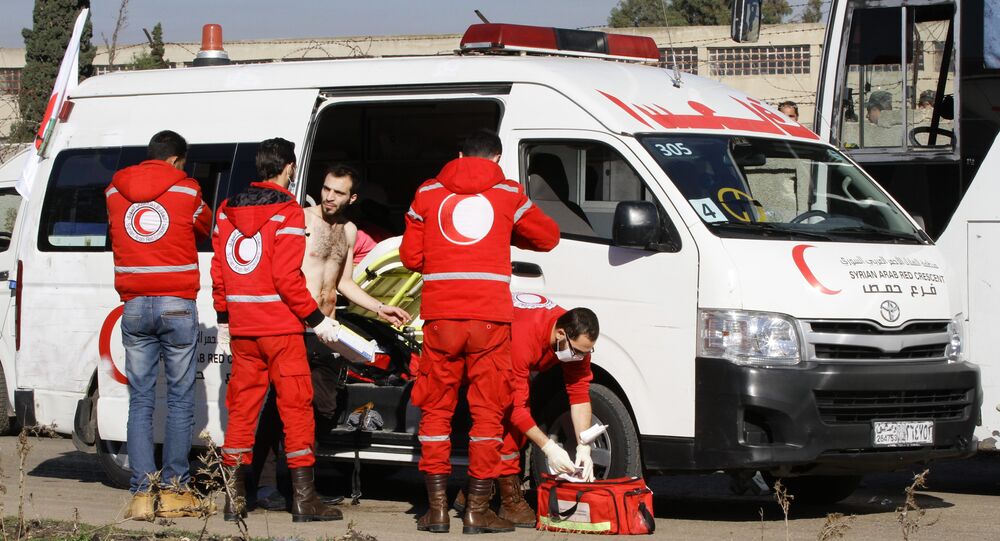 The Syrian Arab Red Crescent (SARC) on Saturday expressed concerns and regrets about the deterioration situation in the country's city of Raqqa occupied by the Daesh (outlawed in Russia) terrorist group, the SARC's press service said in a statement.

© AP Photo / Senior Airman Matthew Bruch, US Air Force
After Bombing Hospital, Coalition Airstrikes Reportedly Kill 43 Civilians in Raqqa
MOSCOW (Sputnik) — Earlier in the day, the Syrian SANA news agency reported that the aircraft of the US-led coalition shelled the building of the National Hospital in Raqqa. The news outlet added citing an official of the SARC that there were no terrorists in the medical facility.

"The Syrian Arab Red Crescent (SARC) regrets the deteriorating situation civilian in Raqqa city are suffering from as a result of the ongoing events, Specially the targeting of public services facilities and #health care facilities," the statement said.

The statement added that the SARC called for neutralization of such facilities in order to "ensure lifesaving services" to the civilians of the city.

Raqqa has been under the control of IS since 2013, and is the de-facto capital of the self-proclaimed caliphate. Both the Syrian government and the US-led coalition are taking efforts to drive the militants from the city.