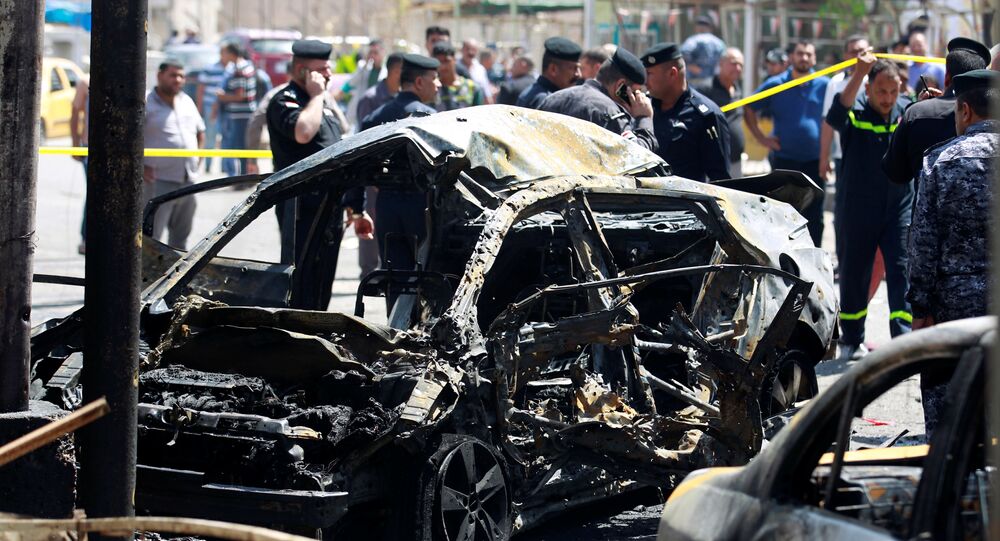 Over 240 Civilians Killed, 273 Injured in Iraq in July - UN Mission

The civilian death toll in Iraq has reached 241 people, while another 273 Iraqi civilians were injured in terrorist attacks, violence and armed clashes throughout July, the United Nations Assistance Mission for Iraq (UNAMI) said in a statement on Tuesday.

© AP Photo / Felipe Dana
Daesh Police Chief, Curators of Recruitment, Underground Cells Killed in Iraq
MOSCOW (Sputnik) – Over the last month, the Nineveh governorate suffered the largest number of civilian casualties, with 121 people killed and 112 injured. The second most severe civilian death toll was registered in the Baghdad governorate, where 38 people were killed, and 85 more were injured. Over the same period of time, Iraq's western governorate of Anbar lost 33 civilians and saw another 49 become injured, according to the region's Health Directorate.

The UNAMI warned that these figures should be regarded as a minimum, since UN officers were unable to verify a number of reports about civil casualties due to extremely difficult conditions in conflict-torn areas, the statement reads.

"As we commend the Iraqi forces’ humanitarian concept of operations that has put civilian protection and assistance to IDPs [Internally Displaced People] at the center of the battle plan for Mosul, it is imperative that the protection of civilians continues to be the top priority in the conduct of military operations going forward," United Nations Special Representative of the Secretary-General (SRSG) for Iraq Jan Kubis said.

Kubis also strongly condemned the unprecedented acts of violence committed by Daesh (outlawed in Russia) terrorists, who used civilians as human shields until the final stages of the Mosul battle.

On July 10, after over eight months of fierce fighting, Iraqi armed forces announced that the city of Mosul in the country's northern Nineveh governorate was finally liberated from Daesh jihadists, who considered the city its main stronghold in Iraq.