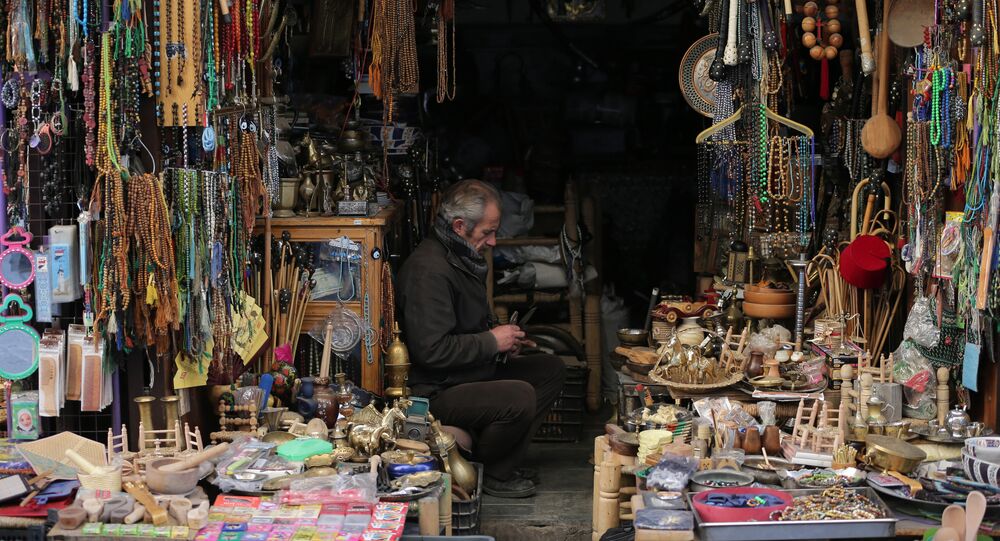 Almost 300,000 Syrians have lost their jobs during the ongoing war in the country, Minister of Social Affairs and Labor Rima Qadiri told Sputnik.

DAMASCUS (Sputnik) – According to the minister, the closure of 343 enterprises led to around 3,300 employees losing their jobs. She also noted that some Syrian companies have not been operating regularly because of the distributive activities of terrorists, including sabotage, theft and attacks.

"The number of unemployed in the private sector, who got the dismissal documents in the social insurance organizations … reached 298,457," Qadiri said pointing out that the data was gathered between 2011 and June 2017.

© Sputnik / Valeriy Melnikov
Assad: Sanctions Imposed on Syria More Damaging Than Jihadists
"The Ministry for Social Affairs and Labor is working together with the private and popular sector to connect employers with job applicants and to increase the labor force in order to satisfy the current needs as well as taking into account the future ones expected in the period of reconstruction," Qadiri said.

The minister also said that the war deprived the most vulnerable categories – elderly people, women, disabled persons and refugees without support.

"During the last six years, the war against Syria had negative consequences for the social and economic situation, especially for the most vulnerable groups of people such as women, disabled persons, elderly people and families of refugees, which results in the increasing challenges in ensuring and supporting these groups," Qadiri said.

She said that many social support centers were closed because they were targeted by terrorists.

"That resulted in suspension of activities of many institutes and social aid organizations such as orphan asylums and retirement homes as well as 13 institutes and centers for providing services for disabled people," the minister said.

She added that because of the war such negative phenomena as human trafficking, terrorist recruitment and child labor exploitation emerged in Syria.

Syria has been engulfed in a civil war for over six years with the government troops fighting against numerous opposition factions as well as terrorist groups since 2011. The war has caused severe damage to the country’s economy and infrastructure.

US, Russia Working on Second Ceasefire Agreement in Syria - Trump