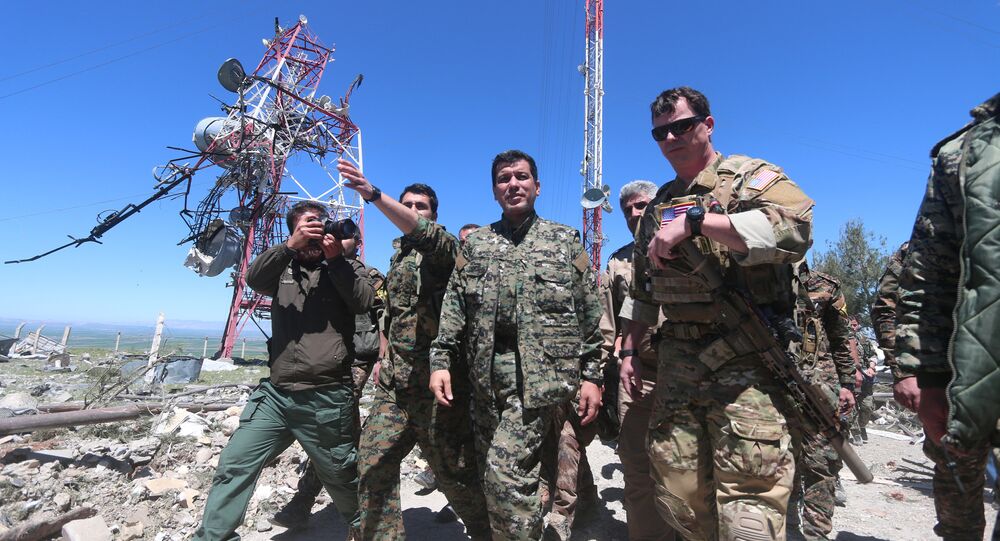 The US-led coalition provides support only to groups that are intent to fight Daesh in Syria.

"The coalition supports only those forces committed to fighting ISIS [Daesh]," Dillon told CNN on Wednesday.

The spokesman reportedly said that a group calling itself Shohada Al Quartyan said it "may want to pursue other objectives."

"The coalition is making it clear to Shohada Al Quartyan leadership that if they choose to pursue other objectives, the coalition will no longer support their operations," Dillon told the broadcaster.

The group reportedly left the base and the so-called deconfliction zone to conduct its own operations against the Syrian government.

© CC0 / Pixabay
US-Led Entrapment of AlphaBay Users Shows Dark Web Anonymity Is Illusory
Earlier in July, the Daily Beast outlet reported, citing sources in the president's administration and the Congress, that the new US strategy in Syria would not include the departure of incumbent President Bashar Assad as a precondition and would allow for a closer military cooperation with Russia.

On July 13, during US President Donald Trump's visit to Paris his French counterpart Emmanuel Macron said France also changed its stance on Syria and would no longer insist on the departure of Assad and would focus on eradicating terrorist groups instead.

The armed conflict has been ravaging Syria since 2011. The government forces are fighting armed opposition and terrorist groups. Russia has been carrying out an operation against Daesh in Syria since 2015, at the request of Damascus.