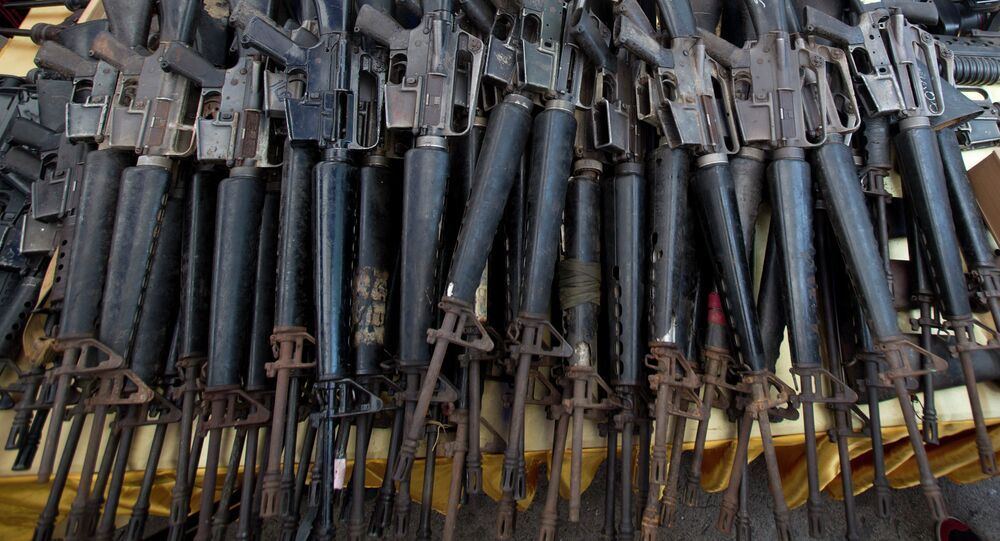 Israeli police have arrested the person they suspect of leading a gun-trafficking ring they believe is behind the theft of more than 30 assault rifles taken from an Israeli Defense Forces (IDF) base earlier this year.

The group is believed to have stolen 33 M-16s from the Sde Teiman army base in southern Israel in late May. Six suspected members of the trafficking network were arrested in early July, and authorities recovered 11 of the stolen rifles, along with ecstasy and other illegal drugs. These arrests led to the capture of the suspected ringleader, who was found hiding in a northern Israel apartment.

Police also confiscated four vehicles valued at $115,000 that were allegedly used in the crime, along with $285,000 in cash, the Times of Israel reported.

Authorities have not released the name of the suspected ringleader, but did say that he was from the northern Israeli town of Kafr Qara. Police say the suspect is expected to go before a judge on Thursday and that the suspect was interrogated following the arrest.

"This is a serious case of theft of dozens of weapons from a military base, and trading with weapons in both the north and the south of the country," police said in a statement.

The theft sparked an increase in the IDF armories’ security protocols, with the army announcing a week after the incident that it would be investing $4.2 million to equip its on-base armories with improved locks, biometric scanners and additional surveillance cameras.

The suspects were contract workers at Sde Teiman, who gained the trust of the soldiers guarding them on base, allowing them to eventually break the arsenal’s lock, steal the weapons and replace the lock.

The IDF announced last month that soldiers can shoot at the legs of people attempting to steal weapons off the base.