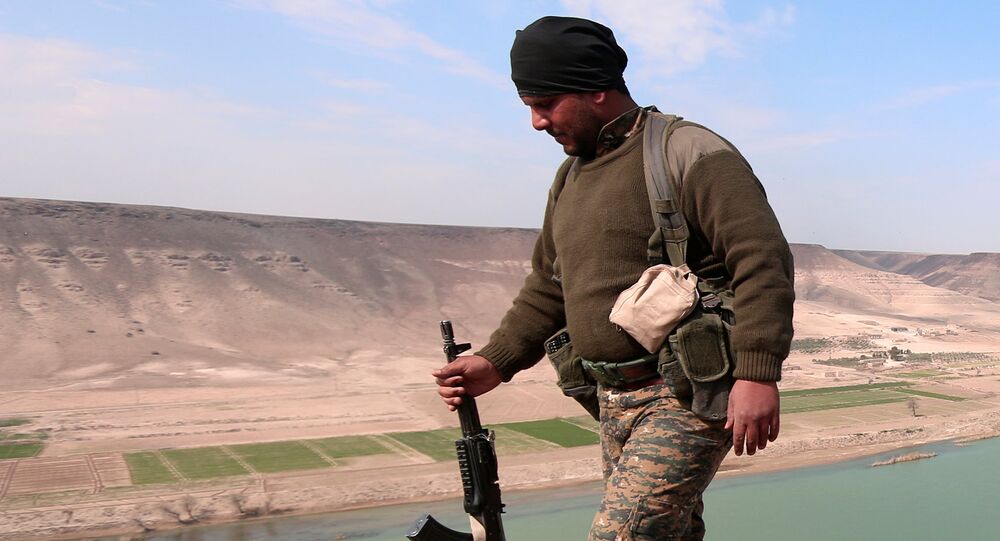 The Kurdish-majority Syrian Democratic Forces (SDF) have liberated a settlement near the terrorist stronghold of Raqqa from Daesh, a source within the militia told Sputnik.

© REUTERS / Goran Tomasevic
Former Banker Turned Fighter Calls for Political Support After Raqqa Liberation
BEIRUT (Sputnik) — The Kurdish-majority Syrian Democratic Forces (SDF) drove out Daesh (banned in Russia and numerous other countries) from a settlement of Al Oukairishi near the terrorist stronghold of Raqqa, a source within the militia told Sputnik.

"The Syrian Democratic Forces took under its control the Al Oukairishi settlement 15 kilometers [9 miles] to the southwest from the city of Raqqa," the source said.

Raqqa has remained under Daesh control since 2013, and is considered the de facto capital of the terrorist group.

In 2016, the US-led coalition announced the start of the operation to liberate the city. The Syrian Democratic Forces have been fighting on Raqqa’s outskirts for several months.

On Sunday, the Iraqi armed forces retook another terrorist-captured city, Mosul in northern Iraq, where the creation of Daesh was first declared in 2014.