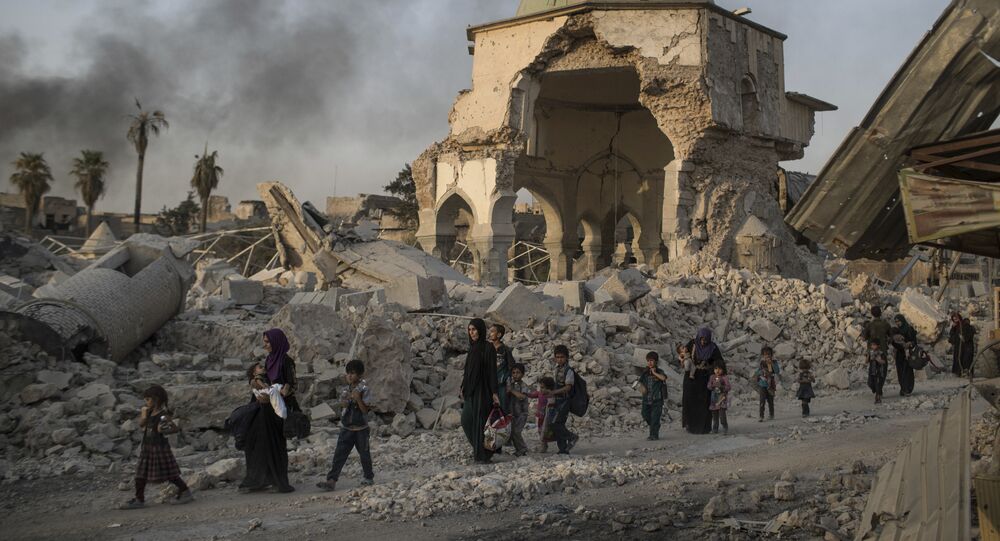 Two journalists of the Iraqi Hona Salaheddin broadcaster were killed by the Daesh terrorists near Mosul, according to local media reports.

BEIRUT (Sputnik) – A correspondent and a camera man of the Iraqi Hona Salaheddin broadcaster were killed by the Daesh terror group in a village south of Mosul, local media reported Friday, citing a source.

"Correspondent Harb Hazaa Dulaimi from the Hona Salaheddin broadcaster and his camera man Sudad Duri were killed by the Daesh terrorists," the source told the Alghad Press media outlet.

© AP Photo
Daesh Terrorists Savagely Murder 200 Turkmen Civilians in Iraq
In 2014, Daesh captured vast territories in Iraq and Syria, declaring the establishment of a caliphate in the seized areas. Mosul has served as the Daesh headquarters in Iraq since then. The operation to liberate the city began in October 2016.

Last week, Iraqi Prime Minister Haider Abadi declared the recapture of Al Nuri Grand Mosque in Mosul and an end to the so-called Islamic caliphate. US-led coalition forces’ spokesman Ryan Dillon said the full liberation of Mosul might be only a matter of days.