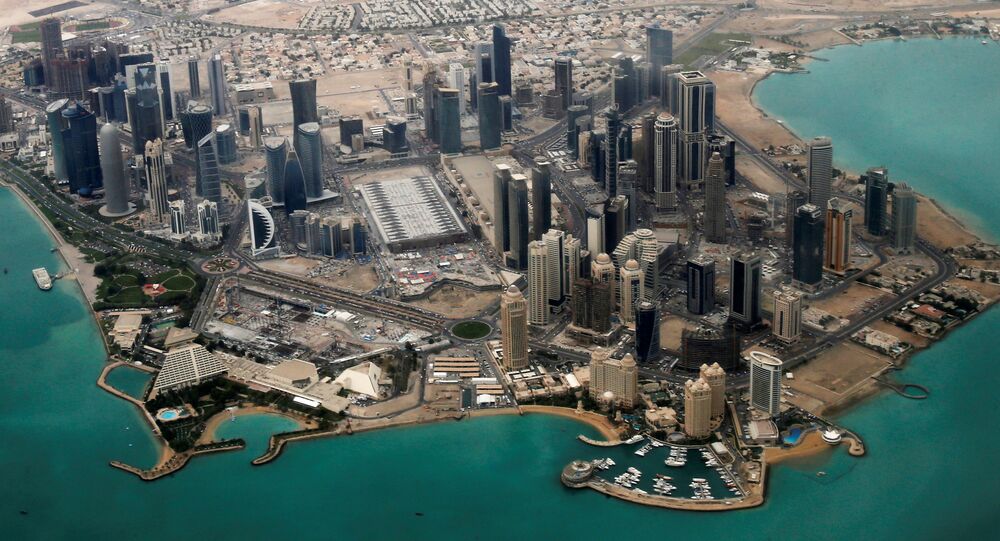 Qatar believes that the demands of the Arab states are unrealistic and cannot be fulfilled, Qatari Foreign Minister Mohammed bin Abdulrahman Thani said on Tuesday.

© REUTERS / Naseem Zeitoon
Egypt May Demand Compensation From Qatar Over Alleged Support of Terrorism
CAIRO (Sputnik) — He added that Qatar examined if the demands laid forward in the ultimatum of the Arab states were consistent with the international law and decided that no sovereign country could agree to such terms.

"Any demands must be realistic and achievable, but the demands made to us cannot be met. They are not about terrorism, they are about abolishing the freedom of the media, violation of sovereignty and meddling in internal affairs," the minister said at a joint press conference with his German counterpart Sigmar Gabriel in Doha.

He added that Qatar would continue to take a constructive stand in the crisis.

"Qatar will act responsibly, unlike those being hostile toward our country," the minister said.

He said that Qatar stands for an equal dialogue with the Arab states on the basis of mutual respect and non-interference in the domestic affairs.

© REUTERS / Naseem Zeitoon
'No Choice' for Qatar But to Reject Demands Aimed at its Sovereignty From Boycotting Nations
"No matter how many attempts of escalating the conflict there are, it will anyway only be settled at the negotiations table," Thani said.

The minister added that Qatar’s response to the ultimatum was conveyed to Kuwait, which acts as a mediator in the crisis.

Late in June, Kuwait handed over to Doha the ultimatum of Saudi Arabia, Egypt, the United Arab Emirates and Bahrain with 13 demands, including the requests to severe Qatar’s relations with Iran, close Turkey’s military base in Qatar and shut down Al Jazeera TV channel, as well as to end support for the Muslim Brotherhood, a terrorist organization banned in Russia.